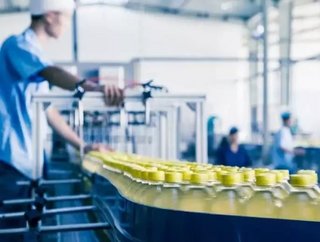 Nestl&eacute; has created a blueprint for a new type of factory that can be built in half the time of a more traditional one for about 50 to 60 percent...

Nestlé has created a blueprint for a new type of factory that can be built in half the time of a more traditional one for about 50 to 60 percent of the cost. The modular factory will be made of multiple, easy-to assemble component sections designed to offer a highly flexible, simple and cost-effective solution for creating production sites in the developing world.

“The model is a real evolution from the traditional bricks and mortar factories of the past,” said Alfredo Fenollosa, Nestlé technical head for Asia, Oceania and Africa. “Big companies traditionally build solid stuff but the lighter structure of this modular factory concept represents a real mindset change for Nestlé. We hope to be able to apply it soon in countries in Africa, and in some parts of Asia.”

Often, investing in these countries can be high-risk as they can lack infrastructure, reliable energy sources and building expertise but the modular factory concept will enable Nestlé to rapidly establish a footprint, creating local jobs and being closer to its customers and its raw materials.

The average Nestlé factory takes between 18 and 24 months and costs between $33 million and $50 million to build. The new modular factory could be complete and up and running in less than 12 months, at a greatly reduced cost of between $15 million and $25 million.

The modular factory takes this a step further, using a series of purpose-built factory sections, which can be brought directly to the site and connected to each other according to requirements. These could include a ready-to-use generator and boiler, a staff canteen and changing rooms for factory employees.

The modular factory gives Nestlé a huge amount of flexibility, meaning it can expand or relocate, as local demand requires. Nestlé has a long history of investing in Africa, opening its first factory in 1927. There are currently 25 factories across the continent and a total of 148 across Asia, Oceania and Africa.