Nissan and Renault may merge to create new automaker 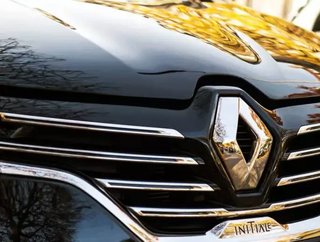 The French and Japanese automobile manufacturers, Nissan Motor Co and Renault SA, are currently discussing merging to create a new automaker. According...

According to Bloomberg, the potential merger would trade as a single stock and end the current alliance – which has been established since 1999 – with one formal corporation.

At current, Renault owns 43% of Nissan, with Nissan has a 15% stake in Renault.

Share in the French firm have risen by 5.4% since the news was announced.

“Rarely, however, do these mergers live up to expectations. The envisioned synergies often don’t materialise as nitty-gritty details, particularly cultural differences, create substantial difficulties during integration.”

“A good example is one of the most spectacular deals in the industry: Daimler’s acquisition of Chrysler which turned out to be an extremely expensive adventure ended by the eventual sale of Chrysler.”

“A Renault/Nissan deal is slightly different. On the positive side, the two firms have a long established and successful alliance. The integration should be much more straight forward than in mergers such as Daimler and Chrysler.”

“But there is also a downside: It is hard to see how a merger can bring substantial new synergies. They already co-ordinate well, for example sharing engines and sharing platforms. Of course further co-ordination is possible but a merger is not necessary for this.”

“What the markets would get – and like – is more transparency as the reporting lines would be more straight forward.”

“There is no guarantee that this actually improves performance. All it does for sure is make it easier for analysts and investors to understand what’s going on. In other words it makes their job easier. They like that and reward it.”

"The complex governance of the alliance heavily relies on Carlos Ghosn. One motivation for the merger could be a preparation for a time after Ghosn.”

“It might be difficult for the next generation of leaders to step into a structure that relies on the networks he developed over time. A merger will create more straight-forward structures.”