Oxfam: Unilever progresses on labour rights in Vietnam, but much more to be done 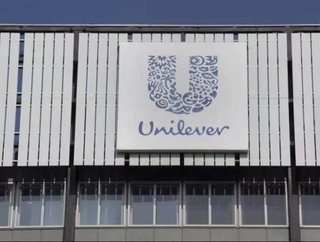 Anew reportpublished today by Oxfam finds Unilever&#39;s overall commitment to labour rights in its Vietnam supply chain has improved over the last thre...

A new report published today by Oxfam finds Unilever's overall commitment to labour rights in its Vietnam supply chain has improved over the last three years, but that significant challenges remain.

The report follows a previous study in 2013 which highlighted the gap between the company's policies and the reality on the ground for workers of precarious work, low wages and excessive working hours, which Oxfam says are endemic in global supply chains like these.

The multinational company allowed Oxfam access to its staff, operations, data and key suppliers at its factory in Cu Chi, near Ho Chi Minh City, which manufactures personal, home care, and food products.

However, the review also showed there is a lot more to be done to achieve sustained positive change for workers making its products in Vietnam and other parts of its supply chain, something the company acknowledges.

The study found that wages of a typical semi-skilled worker in Unilever's factory had increased 48 percent between July 2011 and July 2015, helped by government increases in the minimum wage, but lower skilled workers with dependants said they still struggled to make ends meet.

Oxfam also found that more people were directly employed in the company's factory. However, the percentage of women was down from 19 percent in 2011 to 13 percent in 2015 whilst women made up two thirds (67 percent) of those employed by a third party supplier with lower wages and benefits.

In the supply chain, the report highlights that suppliers are much more aware of Unilever's expectations on labour standards, but lacked guidance on how they can deliver on these and meet commercial requirements at the same time, with four out of five suppliers believing better standards would cost them more.

The report recommends that Unilever steps up its efforts to ensure gender equality in its manufacturing operations and do more to influence the wider system affecting labour rights, from worker representation and business practices to engaging with governments.

Rachel Wilshaw, Oxfam's Ethical Trade Manager, said: "It's unusual for a multinational company to open up its business to Oxfam in this way and shows great transparency and openness to improve. It's clear that the process has already brought positive change within the company and most importantly for the people making its products, and has the potential to deliver much more.

"Yet huge challenges remain for multinational companies to ensure workers enjoy good jobs on a living wage, with opportunities for women to progress. Unilever has recognised the need for companies to do business differently. All too often companies feel pressure to put containing costs above better labour standards. Ways need to be found for workers, farmers and communities to get a fairer share of the value that business generates, and women's empowerment should be embedded in that strategy.

"Oxfam would like to see Unilever use its power to influence other companies, and governments, to tackle the root causes of poor labour standards. But it is also time for these companies to step up and follow Unilever's lead."

Download a copy of the report Labour Rights in Vietnam: Unilever's progress and systemic challenges