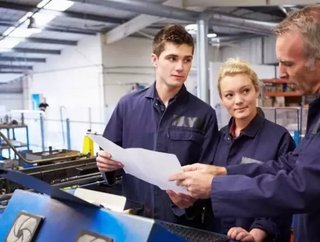 More than one-quarter (26 percent) of manufacturing companies cite concerns about falling behind competitors as a main driver for innovation in 2014, up...

More than one-quarter (26 percent) of manufacturing companies cite concerns about falling behind competitors as a main driver for innovation in 2014, up from 19 percent in 2013, according to the EEF/Natwest Innovation Monitor 2014/15.

The report is based on a survey of more than 200 manufacturing companies from across the UK. It also suggests businesses are looking to target investment into fewer projects, following a spike in 2013.

Last year 61 percent of companies reported launching four or more innovations. This year it has fallen back to 15 percent – the same figure as 2010. More than half (56 percent) of companies are involved in two to three innovations, up from 36 percent in 2013.

Despite this, spending on innovation increased slightly between 2013 and 2014. Almost three-quarters (73 percent) of companies report that they are have increased their expenditure on training staff around innovation in 2014. Only one percent said that this has decreased.

Natwest head of SME manufacturing Mark Eastwood put the focus on funding fewer projects down to a “more strategic approach to innovation, focusing on long term ambitions and growth.”

“It also seems that the sector is picking up and demand is increasing,: he said. “Manufacturers are facing more pressure on capacity. So instead of looking at a number of projects, they are now focusing on those that are going to achieve the biggest return.”