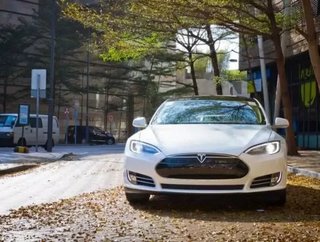 According to reports, Tesla is planning to expand its operations in Hong Kong to tap into the lucrative electric car market in China. The electric car b...

According to reports, Tesla is planning to expand its operations in Hong Kong to tap into the lucrative electric car market in China. The electric car behemoth is also keen to be the first company to establish a sustainable network in the city due to the fact that China offers substantial growth opportunities. Tesla expects its operations in Hong Kong to lead the way for electric vehicle success in Asia.

Tesla currently has 50 employees in China, but plans to double its resources by the end of the year. It has also hired a country director for China.

Tesla, alongside other major manufacturers, has recognised China as market with huge potential for the adoption of electric vehicles. The Chinese government has spoken out to fully support the production of sustainable transport, and manufacturing giant Foxconn has recently jumped on the bandwagon with plans to develop an affordable electric car.

Hong Kong is particularly attractive to manufacturers due to the fact it is a small territory spanning just 10 miles. Customers in Hong Kong would be expected to charge their vehicles only once a week, which is an added advantage and could encourage mass uptake.

Tesla started operating in China this year and is undertaking different measures to expand its dealerships and charging stations in the country. It also expects that China sales will be on par with that of the U.S. by 2015.

Tesla also intends to establish 10 to 12 new stores, service centers and a Supercharger network in China by the end of 2014 and expects China to account for 30 to 35 percent of its global sales growth. Additionally, Tesla aims to start vehicle manufacturing in China by 2018.