UK retail sales are suffering the largest fall since recession 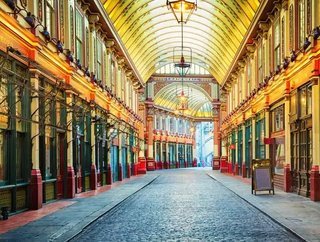 The Confederation of British Industry (CBI) has revealed that retail sales have suffered the sharpest fall since the recession. Manufacturers and retail...

The Confederation of British Industry (CBI) has revealed that retail sales have suffered the sharpest fall since the recession. Manufacturers and retailers are feeling the sting of growing inflation, and consumers are spending less and less money on frivolous items.

"With a hard Brexit and a 'no-trade deal' scenario looming the UK retail sector is facing a cliff edge; increasing price pressure could only make things worse and potentially trigger a full-blown recession with significant consequences for employment and output.

"Sainsbury's and Tesco have both announced job cuts this year as part of cost-saving measures. The total value of retail sales for the UK economy is about 5% of GDP, employing a bit less than 3 million people in 300,000 retail outlets, so it is a significant part of the UK economy.

"The weaker pound in the aftermath of Brexit has put the retail industry under pressure, boosting stores’ import costs but with the intense competition restricting price increases.

"And yet, according to the ONS, store prices continue to rise across all store types reaching a year-on-year 3.3% non-seasonally adjusted growth level, the highest since 2013.

"The rising inflation due to currency devaluation has put a strain on households' spending, some of which was already struggling to meet credit commitments as pointed out by the Financial Conduct Authority early this month.

"Despite Brexiteers’ initial enthusiasm about how a weaker pound would be good for exports, the effect of Brexit for the retail sector is proving to be serious as retailers are beginning to really feel the pinch from higher inflation."