Why US manufacturers must adopt a global-first mindset 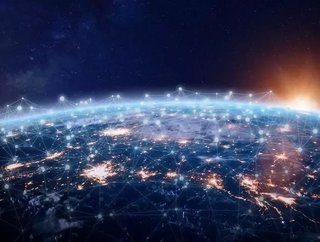 The former was valued at $2.3 trillion in 2017, and the latter at $0.9 trillion. This, paired with recent research showing that 55% of consumers prefer to buy direct from a manufacturer, means the opportunity for US manufacturers to operate internationally has never been greater.

Despite this, in the last few years the US has experienced a downturn in its share of the global ecommerce market. 22% in 2015 fell to an estimated 18.3% in 2018 – with further losses still to come. This evidence suggests that the rate at which US manufacturers are ‘going global’ is slowing, while firms in China and Europe are picking up the pace.

There are many reasons for this decline, including the success of the US domestic market, which is the world’s largest. Manufacturers can experience a high level of success in this space without having to face the challenges of going global. And of course this makes the prospect of international expansion less appealing to US firms than it is to their European and Asian counterparts.

So with this in mind, why should US manufacturers go global if they can be successful without doing so?

The problem is that by focusing solely on their own domestic market, US manufacturers risk being overtaken by overseas rivals who, as a result of being genuinely global, have access to international logistics and possess huge buying power. When these foreign firms turn their attention to the US, they can dominate the competition and establish themselves as major players in the market because they already have the experience of doing so overseas.

US manufacturers should look to the tech sector as a prime example. While still successful domestically, American tech companies such as Amazon, Google, Microsoft and Facebook have all grasped the internet’s potential to eliminate obstacles to global trade and have devoted copious resources towards solving localization issues.

This is not to say that manufacturers must devote as many resources as these tech giants in order to experience global success. But with countless bespoke options tailored for manufacturers of all sizes, going global is no longer only an option for the larger companies.

Smaller companies can enter the international market by taking advantage of the global ecommerce eco-system which offers a range of plug-and-play services such as translation, global payments, logistics and taxation calculations. By doing this, these companies can keep their costs low while still having the same capabilities as much larger organizations.

PIM (product information management) systems are extremely valuable for manufacturers as they explore global expansion. Acting as live information hubs and enabling companies to manage and store all the data they need to be able to sell and market their products, a PIM system provides insight into the likes of customer preferences and consumer trends. This allows manufacturers to gather data and spot new opportunities in the market, as well as tailor and personalize campaigns to what they know will appeal to their new target audience.

The range of languages spoken in the Americas, including French, Spanish and Portuguese, provides further opportunities for manufacturers looking to go global. Companies can refine their translation capabilities as well as their cultural adaptability without having to consider additional challenges. For example, global logistics associated with operating in EMEA countries. By exploring expansion into neighboring nations, manufacturers can take a staged approach towards going global, ensuring they’re able to walk before they attempt to run.

Manufacturers should, however, be aware of some of the pitfalls to avoid when going global.

Failing to display sensitivity towards the cultural norms of a new territory is among the most common issues. Even massive organizations such as Disney, who famously lifted a ban on alcohol at Disneyland Paris after low attendance numbers, suffered as a result of failing to adapt to new surroundings.

If US manufacturers are to be successful, they must take into account the culture of the country they’re entering. Research from Worldpay found that the preferred payment method in nations such as Germany and Poland is bank transfer, whereas in nations such as Spain and Thailand it’s eWallets. If manufacturers fail to consider such factors, customers will go elsewhere, with most preferring to deal with sellers offering options they’re used to.

Manufacturers must also maximize their customer experience, which is especially true of those moving from printed catalogues to a constantly updated ecommerce platform. This doesn’t necessarily mean going to great expense. By being strategic in areas such as localization and translating only certain parts of their website, companies can still offer a great customer experience to overseas consumers without spending thousands.

While the risks involved in going global may be high for US manufacturers, so too are the rewards. If these firms embrace a global mindset, they can tap into a B2B market many times larger than the US domestic market. Barriers to trade on a global basis are falling. And with this trend set to continue, the argument for US manufacturers to go global only grows stronger by the day.

By Christian Arno, Founder and President of Lingo24