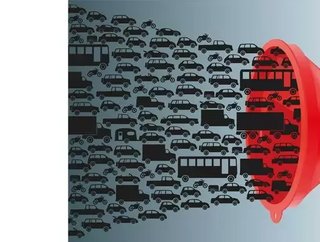 HYZON Motors has joined a coalition of manufacturers dedicated to carbon neutrality...

A coalition statement was recently signed by an all-star line-up of vehicle manufacturers, technology and infrastructure providers to certify their joint dedication and commitment to cut down on gas emissions by 90% in the European transport and logistics industry over the next 30 years, through the widespread adoption of hydrogen fuel cell trucks.

The coalition itself, in a joint statement, said it strongly believes in the environmental and commercial benefits that fuel cell and hydrogen (FCH) heavy-duty trucks can provide across Europe, potentially setting a new standard by 2030. It also plans to work with FCH technology providers, truck operators, road freight service users and related industry associations to further their reach and their tech.

The companies listed as part of the coalition are, to name a few:

HYZON Motors specifically has been very vocal about their plans to change the shape of a currently carbon-heavy world, and with other large companies backing them and the entire carbon-neutral plan, it’s easy to see why they feel so strongly about the effort.

“As part of our transition to zero emissions powertrains, we commit to the joint target for the transport sector in Europe to deploy up to 100,000 FCH heavy-duty trucks from 2030 onwards as highlighted in the study supported by the Fuel Cells and Hydrogen Joint Undertaking, as well as up to 1,500 hydrogen refuelling stations (HRS) closely synchronised with FCH heavy-duty truck developments and roll out until 2030,” they stated.

“We intend to do so by cross-industry collaboration, introducing new products and business models, use FCH trucks for our logistics service offerings and establish the respective HRS networks and fuel supply chain to kick-start and speed-up their deployment.

“We herewith express our commitment and willingness to contribute to the decarbonisation of the European transport sector by heavily investing in the development, production and deployment of FCH trucks, to create demand for large amounts of green hydrogen and to build and operate the respective HRS infrastructure.

“To achieve the necessary scale effects and to reach expected cost reductions through technical optimisations until fuel cell trucks and hydrogen reach competitive market prices, we intend to support commercialisation by a concerted push to the market.”

A coalition of such large, world-affecting companies working together to combat emissions and to lay the foundation for a more carbon-neutral world, only serves the continuous effort to normalise carbon neutrality across a variety of sectors, and hopefully this new standard lives long past the pandemic the world has found itself in, and perhaps kick-started the need for a more focused look at the immediate future.