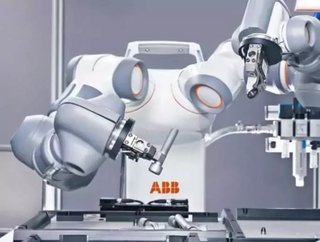 ABB Robotics is planning to unveil its first collaborative robot, known as YuMi. The human-friendly, dual-arm robot is designed to work alongside human...

ABB Robotics is planning to unveil its first collaborative robot, known as YuMi. The human-friendly, dual-arm robot is designed to work alongside human workers and is scheduled for release in April 2015. ABB have hailed it “the world’s first truly collaborative robot.”

YuMi – a name designed to convey ‘you and me’ – will be used to conduct manufacturing tasks such as small parts assembly, where man and robot work alongside one another.

According to a release from ABB, YuMi has the ability to feel and see. “The robot’s soft, padded arms, combined with innovative force-sensing technology, ensure the safety of YuMi’s human co-workers. Safety is built into the functionality of the robot itself so that it can work cage-free,” says ABB.

YuMi is reportedly capable of handling everything from the delicate and precise parts of a mechanical wristwatch to the components used in mobile phones, tablets and desktop PCs. The accuracy of YuMi’s motion is said to be so precise that it can thread a needle.

“YuMi is going to change many of mankind’s assumptions about manufacturing and industrial processes,” said Pekka Tiitinen, head of ABB’s Discrete Automation and Motion division, “Yumi will open endless possibilities. We are at the start of a very exciting new era for industrial automation.”