AT&T aims to redefine the cloud with tomorrow's 5G technology 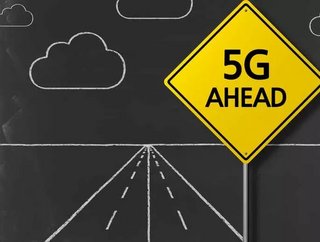 AT&amp;T has announced that it aims to reinvent the cloud in order to boost capabilities of new and innovative technologies, such as autonomous cars, au...

AT&T has announced that it aims to reinvent the cloud in order to boost capabilities of new and innovative technologies, such as autonomous cars, augmented and virtual reality, and robotic manufacturing.

The model the business is embracing to chase this advancement is called edge computing, which moves data processing from a device to the cloud. It will be driven by a single-digit millisecond latency that can only be delivered by the very latest 5G, and it will be powered by AT&T’s software-defined network – the most advanced of its kind.

The goal is that if secondary system – such as updating and accessing maps autonomous cars use to navigate – can be moved to the cloud, more data is freed up to run this kind of equipment, which requires massive amounts of almost real-time computation.

With augmented and virtual reality, while even smartphones can run such programmes, the processing power required translates to a hugely diminished battery life. However, edge computing addresses such obstacles by moving computation into the cloud in a seamless way.

Andre Fuetsch, President of AT&T Labs and Chief Technology Officer, said: "Edge computing fulfills the promise of the cloud to transcend the physical constraints of our mobile devices.

"The capabilities of tomorrow's 5G are the missing link that will make edge computing possible. And few companies have the sheer number of physical locations that AT&T has that are needed to solve the latency dilemma."

AT&T believes that edge computing could also spark the next generation of robotic manufacturing. The strength of the 5G capabilities on the horizon is likely to play a vital role in Industry 4.0, and low-latency wireless connections could eliminate traditional wired connections to robotic assemblers.

The business is beginning to deploy its edge computing-capable services to enterprise customers already through FlexWare, and more applications for this extremely powerful technology are set to become reality in the near future.

As the company states: There's no time to lose. We think edge computing will drive a wave of innovation unlike anything seen since the dawn of the internet itself. Stay tuned.