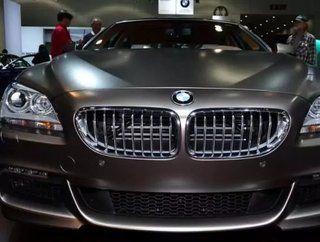 BMW and Vodafone are joining forces in New Zealand with the launch of a new in-car technology program. BMW’s interactive mobile application called ConnectedDrive will be enabled by Vodafone’s global machine-to-machine (M2M) platform.

Moving forward, 2015 BMWs in New Zealand will be fitted with a Vodafone SIM, which is added to the vehicle during the manufacturing process. The SIM will allow all BMW drivers to use ConnectedDrive services and apps and can withstand temperatures between minus 40 and 85 degrees centigrade. The SIM has a lifespan of more than 10 years and is protected against other factors such as corrosion.

What does ConnectedDrive offer customers?

In 2012, Vodafone Group signed a five-year connected car deal with BMW to supply connectivity to its vehicles - and now has 17.5 million Global SIMs and a footprint of 27 global networks.

Vodafone New Zealand Director of Enterprise, Grant Hopkins says the partnership with BMW is among the world’s most successful and prominent M2M deployments.

“Our network connectivity essentially transforms the vehicle dashboard into a sophisticated smart device, and delivers a driving experience that goes far beyond the conventional. We’re delighted that the New Zealand market can experience this next level of mobile technology services from BMW - and believe we are on the cusp of some exciting future developments in the automotive M2M market.”

Vodafone New Zealand has more than one million M2M connections on its local network.