BMW to focus on electrification across its models 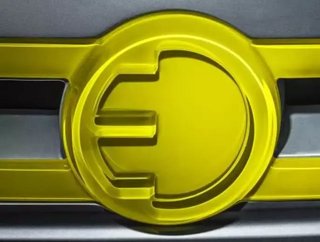 BMW Group’s corporate strategy is set to be laser-focussed on electrification. It has announced that all brands and models have the capability to be...

BMW Group’s corporate strategy is set to be laser-focussed on electrification.

It has announced that all brands and models have the capability to be electrified, with a fully-electric or plug-in hybrid drivetrain being offered in addition to the combustion engine option. New electric models will be introduced to the market in the coming years, and upcoming vehicle architecture will enable further fully-electric cars.

BMW Group has also stated that the new battery-electric MINI will be a variant of its core 3-door model and will go into production in 2019. This model’s electric drivetrain will be built at the e-mobility centres at Dingolfing and Landshut in Bavaria before they are integrated into the Oxford plant. Oxford is the main production location of the MINI 3-door model.

“BMW Group plants Dingolfing and Landshut play a leading role within our global production network as the company’s global competence centre for electric mobility,” said Oliver Zipse, BMW AG Management Board Member for Production. “Our adaptable production system is innovative and able to react rapidly to changing customer demand. If required, we can increase production of electric drivetrain motor components quickly and efficiently, in line with market developments.”

BMW Group is aiming for electrified vehicles to account for between 15-25% of its sales, but regulations, incentives, and charging infrastructure will play a large role in determining how electrification is adopted from market to market. BMW needs to react quickly and appropriately to customer demand, so it has developed a flexible system across the global production network; its production system will create structures that enable facilities to build combustion engine, plug-in hybrid, or fully-electric drive train vehicles at the same time.

BMW Group currently offers the widest range of electrified vehicles of any car manufacturer in the world, with nine models on the market. These models are produced at 10 locations worldwide. The business had a head-start with electrification, with pioneering MINI E trials beginning worldwide in 2008. The data gathered from these trials proved vital in subsequent electrified vehicle development.

Next year, the BMW i8 Roadster will become the newest member of the BMW I family, with the BMW X3 and BMW iNEXT due to be released in 2020 and 2021 respectively. It plans to have 200,000 of its electric models on the road by the end of this year.

BMW’s ongoing dedication to electrification will serve it well in the UK, where it has been announced that new diesel and petrol cars will be banned by 2040.