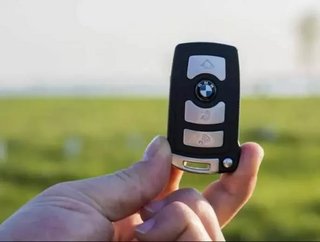 BMW is paving the way in ultra-green load hauling. The automotive giant made headlines when it detailed a manufacturing program for its i3 electric vehi...

BMW is paving the way in ultra-green load hauling. The automotive giant made headlines when it detailed a manufacturing program for its i3 electric vehicle that would focus on sustainability ‘from the cradle to the grave’, and this week the German carmaker has gone one step further.

Partnering with Dutch manufacturer Terberg and parts supplier Scherm, BMW has announced the introduction of a large 40-ton truck that runs entirely on electric power.

Don’t expect to see this one in your local shipping showroom, however: rather than marking a launch into the freight market, this all-electric truck will be used to carry materials from logistics group Scherm to BMW’s production plant in Munich a few kilometres away, eight times a day. The truck, a Terberg YT202-EV, is capable of travelling up to 100 kilometres on one charge, with a full recharge taking between three to four hours to achieve.

BMW says the truck is charged exclusively with green energy, promising CO2 emissions savings of around 11 tonnes annually. “This is equivalent to the distance a BMW 320d Efficient Dynamics would travel when going around the world almost three times,” the company says.

Terberg introduced the YT202-EV in 2014 and it has already found a home at various distribution centres and container terminals in the Netherlands, Germany, Denmark and Switzerland. For now, the electric Terberg truck’s role in BMW’s manufacturing program is described as a year-long pilot test. But, if all goes well, Germans could be seeing more of these ultra-green haulers on the roads soon.