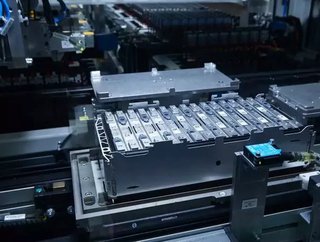 BMW said it had boosted its order with CATL to €7.3bn from an original booking announced in mid-2018 that was worth €4bn. It said the contract would last from 2020 to 2031, reports Reuters.

The German car manufacturer revealed it had also signed a battery supply contract with Samsung SDI worth 2.9 billion euros, valid from 2021 to 2031.

“We strongly supported and played an active part in establishing CATL in Germany,” said Dr. Andreas Wendt, a member of the Board of Management of BMW AG responsible for its Purchasing and Supplier Network, speaking at a supplier event in South Korea.

“We are securing our long-term battery cell needs. Every cell generation is awarded in global competition to the leading manufacturer from both a technology and a business perspective. This ensures we always have access to the best possible cell technology.”

Volkswagen will spend €60bn on switch to electric vehicles

Daimler and BMW to co-operate on autonomous driving

BMW plans to have 25 electrified models in its offering by 2023, with more than half of them fully electric. It expects sales of electrified vehicles to double between 2019 and 2021.

Europe’s auto industry is promoting zero-emissions cars as a way to comply with clean air rules, a strategy shift which forces carmakers to retool their supply chains to build electric, rather than combustion engine cars.