Boeing Given $28B to Build World's Most Powerful Rocket 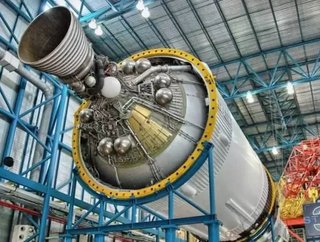 NASA recently finalized a $2.8 billion contract with Boeing to build the most powerful rocket to date, which will use four space shuttle engines and two...

NASA recently finalized a $2.8 billion contract with Boeing to build the most powerful rocket to date, which will use four space shuttle engines and two solid rocket boosters to propel astronauts to Earth’s orbit and beyond.  Boeing will build the rocket’s core stage, which will house the hundreds of metric tons of liquid hydrogen and oxygen needed to fuel the four main engines.

A test flight of the Space Launch System (SLS) has been planned for 2017.  The test will demonstrate an initial 70-metric ton lift capacity configuration of the rocket that would carry an Orion spacecraft (without crew) beyond low-Earth orbit.  The Register reports that a successful test would pave the way for the rocket to evolve into history’s most powerful launch vehicle with a lift capability of 130 metric tons.  The rocket could potentially enable humans to embark on missions to near-Earth asteroids, the moon and Mars.

In a press release, vice president and program manager of Boeing SLS Virginia Barnes stated “Our teams have dedicated themselves to ensuring that the SLS—the largest ever—will be built safely, affordably and on time. We are passionate about NASA’s mission to explore deep space. It’s a very personal mission, as well as a national mandate.”

NASA’s legacy technology has been put to good use in the design of the SLS, including the incorporation of the highly efficient RS-25 engines used by the space shuttle.  The SLS rocket will also use larger versions of the space shuttle’s twin solid-fuel boosters.  The Orion spacecraft that will carry astronauts on their missions is inherited from NASA’s previous Constellation program, aimed at returning U.S. astronauts to the moon.

The deal makes Boeing the prime contractor responsible for the rocket’s core stage.  At a height of 64.6 meters, the core stage will store the liquid hydrogen fuel and liquid oxygen oxidizer at cryogenic temperatures below -150 degrees Celsius.  It will also house the rocket’s main electronic systems and flight computer.

Boeing faces the task of studying the upper stage required for the 130 metric ton version of the rocket.  The upper stage would provide the boost necessary to send astronauts on deep space missions.  Pratt & Whitney Rocketdyne is currently developing two J-2X engines for upper stage use that would be fueled by liquid hydrogen and oxygen.

NASA and Boeing representatives recently met as part of the Critical Design Review (CDR) board overseeing the SLS at NASA’s Marshall Space Flight Center in Huntsville, Alabama.  This was the last major review before production began on the core stage.

“Completing the CDR is a huge accomplishment, as this is the first time a stage of a major NASA launch vehicle has passed a critical design review since the 1970s,” Tony Lavoie, manager of the Stages Office at NASA's Marshall Space Flight Center, said in a press release.  “In just 18 months since the Preliminary Design Review, we are ready to go forward from design to qualification production of flight hardware.”

With the Constellation program’s cancellation in 2010 and the subsequent retirement of the space shuttle fleet in 2011, NASA’s human spaceflight program hasn’t had much to celebrate over the past few years.  But if NASA’s budget and test launch schedule stays on track, the 130 metric ton configuration of the SLS could ultimately blast off in 2021 with the Orion spacecraft and up to four U.S. astronauts in tow.