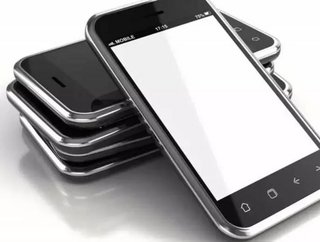 Mobile World Congress 2016 will bring in a flurry of new phone announcements to kick off the year.Roberta Cozza, research director at Gartner, will be a...

Mobile World Congress 2016 will bring in a flurry of new phone announcements to kick off the year. Roberta Cozza, research director at Gartner, will be attending this year’s event, and she shared her views on the new developments in the smartphone market and the rise of lower-priced Chinese vendors.

In 2016, what advanced features in smartphones are you expecting vendors to release?

The smartphone is becoming an integral part of a bigger continuum of devices and smart objects as users increasingly live their lives in a "device mesh" environment, where they own multiple devices and use a combination of them that better fits the situation they are in. In 2016, we expect vendors to offer more, and new, bundles of sensors and enhanced connectivity standards to support the role of the smartphone as the central hub for Internet of Things scenarios such as the connected home and smart workspaces.

We should also observe the evolution of biometric technologies, which enable authentication as well as more personalised device experiences. New biometric technologies will go beyond fingerprint and increasingly include voice, facial recognition and other modes to enable authentication. In the future, this will expand to solutions, which by gathering and assessing sensor and biometrics data (such as facial expression or voice intonations), will detect human emotion, and, on that basis, trigger a specific response or advice to give to the user.

I expect immersive experiences such as augmented reality (AR) and virtual reality (VR) capabilities to be another key theme in 2016. For example, Samsung Gear VR already uses a smartphone as a portal for VR experiences, and we expect continued development of this more mainstream approach together with the consumption of 360-degree videos.

Could the focus on midrange and budget smartphones be the answer for some vendors to grow market share in 2016? If so, who are they?

This shows that there is still an opportunity for mobile manufacturers to penetrate the lower- tier segments in some geographies, such as emerging Asia/Pacific and EMEA, as users continue to shift from feature phones to smartphones. We have witnessed Indian and Chinese players within these regions — such as, Micromax, Xiaomi, Huawei, Intex, Oppo and BBK Electronics — benefit from increased demand for affordable smartphones.

However, affordability and specifications are not everything. Increasingly, channel strategy and knowledge of local consumer market dynamics will help create more competitive smartphone offerings, because the Android market has become highly commoditised. Furthermore, partnerships with local developers and content providers will also be increasingly important in differentiating offerings.

Are you expecting the Chinese mobile manufacturers to increase their share amongst the top mobile phone vendor rankings in 2016? Are you expecting any consolidation during the next two years?

We expect Chinese smartphone players will continue to gain share throughout 2016. They are well positioned to capitalise on demand for midrange to lower-end smartphones in emerging markets as they aggressively expand outside China. Their cost advantage allows them to push affordable, but more sophisticated midtier offerings, while increasing their brand awareness. However, in the midterm Chinese vendors will be under pressure to improve profitability, and the possibility of some level of consolidation amongst Chinese vendors cannot be excluded.

To improve margins, Chinese vendors need to break through the premium smartphone segments to address replacement buyers who have bought iPhones and other high-end Android smartphones in the past, in both developing and mature markets. Some Chinese vendors actively promoted more premium offerings outside China in 2015, but if they want to crack the high-end smartphone market they need to improve their brand value and user loyalty, and demonstrate a clear and differentiated device experience that goes beyond just price and features.