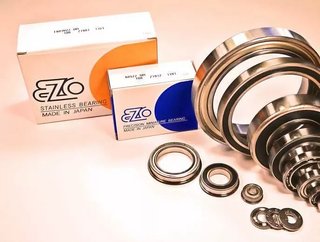 Behind the drawn factory doors of facilities across Europe, humans are working safely alongside a new kind of colleague; one that is stronger, faster an...

Behind the drawn factory doors of facilities across Europe, humans are working safely alongside a new kind of colleague; one that is stronger, faster and more efficient than ever before: collaborative robots. Here, Chris Johnson, managing director of bearing distributor SMB Bearings, explains how to choose the right bearing for this new automation application.

Just a few years ago, collaborative robots were widely considered a novelty, but the technology has quickly grown to be one of the most significant trends in robotics. In fact, an ABI Research study predicts that industry will be populated with more than 40,000 collaborative robots by 2020.

As opposed to traditional industrial robots, which are confined to operate in work cells to protect human workers, collaborative robots can operate — as the name suggests — collaboratively with their human counterparts. They are designed to operate safely alongside people, by limiting the robots force and implementing sensors that prevent the robot colliding with a human or any other equipment.

The machines are used to carry out repetitive roles such as assembly and handling, taking these menial tasks away from humans to free them up for more complex tasks. As they are designed to take on these basic operations, collaborative robots tend to be much simpler than other industrial robots, making them cheaper to buy, easier to operate and less hassle to maintain.

Consider the rotary joints of a collaborative robot as an example. Manufacturers expect the robot to deliver smooth actions, with good rotational accuracy and reliability. However, in robotics applications, there is more to choosing a bearing than simply selecting one that fits.

To guarantee the high levels of rotational precision and reliability required for the operations of a collaborative robot, manufacturers should invest in high quality, precision bearings for the robot’s rotary joints.

As distributors of Sapporo Precision of Japan, who manufacturer EZO thin section bearings for robotics applications, we understand how high-quality bearings can prolong the lifespan of industrial equipment. These bearings are lightweight take up much less space than standard bearings and have excellent standards of roundness and surface finish.

Conversely, a poor-quality bearing can result in unexpected downtime caused by inaccurate movement or higher frictional torque creating problems with the robot’s operation. For collaborative robots, any inaccuracies can also create significant health and safety risks for human workers.

Making the most of investments

As with any kind of industrial robot, there is no standard bearing that will suit every collaborative robot application. The correct bearing would depend on the environment in which the robot will work and its operations. Manufacturers should speak to a bearing expert for advice on selecting the right bearing specification.