Could automation be the key to job creation in manufacturing? 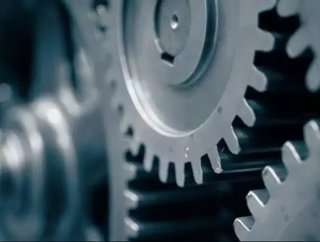 The march of automation is inevitable&mdash;the technology is here and improving rapidly, and is already becoming an indispensible part of the manufactu...

The Association for Advancing Automation (A3) produced a white paper titled “Robots Fuel the Next Wave of U.S. Productivity and Job Growth,” which argues—as the title suggests—that increased automation could actually be a vital key to bringing manufacturing back to the United States en masse, increasing its status as a manufacturing competitor and ultimately preserving (and even increasing) the amount of enjoyable high quality jobs within the sector. The paper backs this position up with a combination of data from the Bureau of Labor and statistics from manufacturers over the years.

Jeff Burnstein, president of A3, recently discussed this white paper with ZDNet including the nuances of what they data they have collected means:

Jeff: […] We're not saying that employment rose strictly because of robots. What we're saying is that the opposite can't be true. Employment rises and falls for many different reasons, but what we've seen is that automation is not correlated to unemployment in manufacturing as a whole. The real issue that we need to talk about, and the real threat to jobs, is American companies remaining competitive. If they can't remain competitive and stay at home, then we lose jobs. Robots help companies stay competitive.

Burnstein also delves into the subject of automation versus offshoring and outsourcing in a competitive world, shedding light on the tough decisions that must occur to make the best choices for a business and an industry:

If a company has one hundred employees and decides to automate to stay competitive, and then it has to get rid of fifty employees that are now redundant, it's very easy to say that we've lost fifty employees. But that's not the case in a world where companies need to stay globally competitive. The company that automated saved fifty American jobs that would have been off-shored. What happened in the auto industry is that companies were chasing low-cost labor instead of investing in automation at home.

Will the world of manufacturing look very different in the near future, with human workers performing more high-level STEM-based work while machines do the assembling, packing, and heavy lifting? More importantly, can this transition help secure a stronger future for manufacturing in the United States? Check out the full interview and white paper to read on and consider the choices at hand.