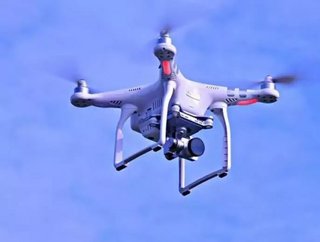 With today&#39;s news that Amazon has won the approval for UK autonomous delivery drone tests, what was once thought of as a fun novelty for the modern...

With today's news that Amazon has won the approval for UK autonomous delivery drone tests, what was once thought of as a fun novelty for the modern consumer, is soon to become a daily reality. Despite the obvious benefits, drones must be embraced and feared in equal measures. They might look pretty innocent, but on closer inspection, what you find can be terrifying. Combined with 3D printing these can be easily configured and adapted into support any kind of use case. Putting it bluntly, these devices are in fact a flying payload system with the ability to deliver anything (including incendiary devices or grenades) in to uncontrolled airspace in the way that only Unmanned Aerial Vehicles (UAV’s) have been able to do in the past.

We have to take care. Falling in to the wrong hands, there’s currently nothing to stop someone flying a payload laden drone into a busy city or even airspace. There are a number of steps that need to be taken to protect against hostile drones.

Implementing regulation and the standardisation of radio frequencies on which drones can operate is vital. Ultimately, this makes it easier for security teams to use jamming devices to stop a suspect drone from entering the space. Ensuring there are strict regulations in place means that the use of drones can be better controlled. Alongside putting regulations in place should be security measures. As with any connected technology, drones are at risk of being hacked by cybercriminals, meaning software programming needs to be considered more seriously in the development phase.

Implementing the expertise of quality assurance specialists can help to plug any potential loopholes otherwise exploited by unscrupulous hackers and limit security risks.

It is time that strict and overarching regulations were put in place to help control drone use, and that system developers consider security and privacy in the lifecycle before a disaster happens.