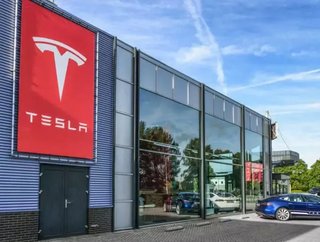 The CEO of American energy storage and electric vehicle manufacturer, Tesla, has dubbed the firm’s new vehicle a “manufacturing revolution”.

Tesla will have announced the production schedule of its new all-electric crossover (CUV) vehicle, Model Y, with Elon Musk claiming the production on the car will begin in 2020.

“I think the Model Y is going to be a manufacturing revolution,” the CEO stated.

He added the the new model will be “incredible from a manufacturing standpoint.”

A Reuters report had previously suggested vehicle production would begin in November next year.

The car is to be manufactured in a new Tesla facility, which has been rumoured to be revealed by the end of 2018.

Elon Musk made the announcement at Tesla’s conference call on 2 May, which has since been dubbed “odd”, with the CEO allegedly interrupted analysts.

“Excuse me, next, " Musk was cited saying, followed by "Boring, bonehead questions are not cool.”

Following the conference, in which Musk noted that the manufacturer did not require a capital raise, Tesla’s shares plummeted by 8.1% on 3 May.