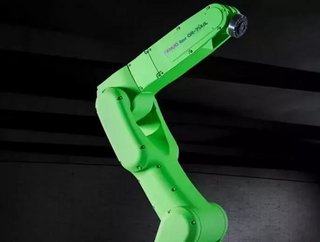 FANUC UK has announced the launch of its latest collaborative robot, the CR-7iA,with the ability to lift payloads of up to 7kg. The CR-7iAs mechanics co...

FANUC UK has announced the launch of its latest collaborative robot, the CR-7iA, with the ability to lift payloads of up to 7kg. The CR-7iA’s mechanics corresponds to that of the FANUC's LR Mate-series (LR Mate 200iD) and makes it more accessible for manufacturers looking handle to lighter materials, while working hand-in-hand with human workers.

The launch of the CR-7iA follows the introduction of the CR-35iA, a larger collaborative robot which attracted a high level of interest from a variety of industries. Collaborative robots provide the benefit of handling heavy materials, and dangerous tasks without the need for industrial barriers due to their protective functions. Strenuous, routine jobs, along with handling tasks at workstations with unfavourable ergonomic conditions, are optimal tasks for the CR-7iA and the CR-35iA.

The introduction of the lower payload CR-7iA collaborative robot will be attractive to various manufacturing industries, as they continue to expand automation across the plant floor, reducing costs and driving efficiencies.

UK manufacturers will have the opportunity to view the CR-7iA prototype in action later this year at the MACH Show in April, the UK’s premier manufacturing technologies event.