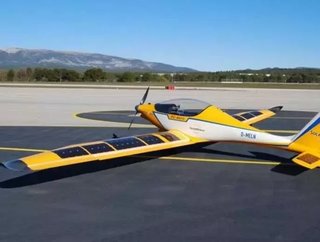 AEAC, in conjunction with its development partner, Bye Aerospace, is performing initial R&D flight test operations with the solar-electric technology demonstrator at Centennial Airport near Denver. The single-seat technology demonstrator, which is the basis for the Sun Flyer, made its debut at EAA AirVenture Oshkosh in late July. According to reports, flight tests will continue for the next six-to-nine months while the two-seat prototype Sun Flyer is being assembled.

George Bye, CEO of AEAC, said initial test results are confirming the overall benefits of solar-electric propulsion, especially the very low operating costs. Reduced maintenance due to fewer moving parts, low-noise flight, and solar recharging on the ground and in flight are additional benefits that come with the technology.

“The support and interest we are receiving from the general aviation community is tremendous,” Bye said. “The consistent feedback we receive is this new electric approach is more practical from both an economics and operations perspective. The solar-electric Sun Flyer is a critically important product – a true breakthrough training aircraft when general aviation needs it most.”

The first of its kind, Sun Flyer is set to make waves in the aerospace manufacturing industry and could pave the way for more R&D in the solar-electric aviation sector.