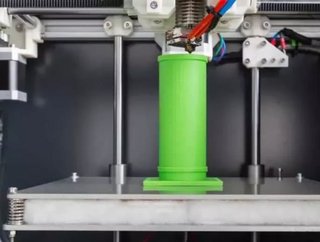 The e-floater is the first of its kind, with the objective being to redefine modern city travel. The three-wheeled scooter houses an electric motor, and enables the user to ride securely without exerting themselves.

Floatilty utilised both Stratasys FDM and PolyJet 3D printing technologies to create the prototype, a process which proved significantly more cost-effective than manufacturing with traditional materials and processes.

Oliver Risse, Floatility’s founder, told The Manufacturer: “The need to build prototypes that exactly resembled the final product and that would enable us to test everything thoroughly was vital to the successful launch of this product. 3D printing… not only sped up the product development cycle, but dramatically reduced costs. We would not have been able to take this product from concept to launch without Stratasys 3D printing solutions to develop a working prototype.”

Without Stratasys, Floatility would have been forced to use silicon molds to create parts for the prototype, but Risse found this alternative far less favourable: “Not only would it have entailed an assembly of up to 20 parts, but the cost would have been significantly higher and the production time would have been doubled.”

With new lightweight vehicles coming into the market all the time, the e-floater stands out due to its light composite structure and desirable technological value.