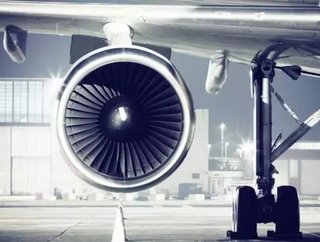 GE Aviation has announced plans to spend $50 million on a new 3D printing initiative at its existing operations in Alabama, USA. The first-of-its-kind p...

GE Aviation has announced plans to spend $50 million on a new 3D printing initiative at its existing operations in Alabama, USA. The first-of-its-kind project will mass-produce fuel nozzles for jet engines.

“GE Aviation's decision to launch a 3D printing initiative at its Auburn plant speaks volumes about the ability of an Alabama workforce to carry out cutting-edge manufacturing,” Bentley said in a statement provided by the Alabama Department of Commerce. “This is tomorrow's technology, and we are proud to say it will be performed right here in Alabama.”

Additive manufacturing, also known as 3D printing, represents a significant technology breakthrough for the company and the jet propulsion industry. Unlike traditional manufacturing that cuts away at a metal slab to produce parts, 3-D printing ‘grows’ parts from a computer-aided design file using layers of fine metal powder and an electron beam or laser.

It's a faster way to produce parts, with less waste.

GE Aviation's 300,000-square-foot Auburn plant, which makes machined parts for jet engines, opened last year and now employs more than 70 people. The company said today that the 3D printing project would increase the number of employees to 300. In addition, the company is working with Auburn University and Tuskegee University on student internship and co-op opportunities.

Equipment installation is expected to begin later this year, with production of the fuel nozzles starting next year. By the end of 2015, the plant could have up to 10 printing machines with the potential to grow to more than 50.

At the completion of the $50 million project, the company's investment in Auburn will top $125 million since 2011.

The fuel nozzles will be used on the LEAP jet engine, which will enter airline service in 2016 and power aircraft including the Airbus A320neo and Boeing 737 MAX. Production is expected to ramp up from 1,000 fuel nozzles annually to more than 40,000 by 2020.