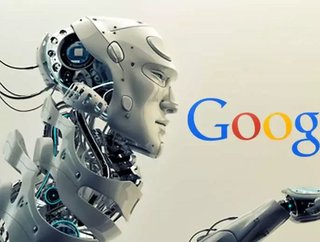 Internet search giant, Google has signed a 60-year lease for part of a historic Navy airbase, where it plans to renovate three massive hangars and use t...

Internet search giant, Google has signed a 60-year lease for part of a historic Navy airbase, where it plans to renovate three massive hangars and use them for projects involving robotics as well as aviation and space exploration. The news has led many manufacturing critics to question whether Google is to be the next big player in the sector worldwide.

Since 2013, Google has been acquiring a number of companies that produce robots or supporting technologies. The companies acquired include Japan-based, Schaft Inc. which makes humanoid robots; US-based, Industrial Perception, which makes robot arms and robot vision; Boston Dynamics, which makes mobile and humanoid robots; UK-based, DeepMindTechnologies, which specializes in artificial intelligence; and Titan Aerospace in the US, which produces solar-powered drones.

According to reports, Google’s goal is to develop a robot with smartphone-style characteristics, which can serve as a platform for products and services. It is thought the Google robots will have a hardware base and a connected control system that companies can personalize by downloading apps, which would enable them to perform specific tasks and collect certain data.

SEE MORE: 2015 to be the year of the connected manufacturer, says report

While Google plans to offer the hardware, intelligence, and apps to make the robots work; it’s likely that other application developers will also offer software solutions for Google robot users.

In 2013, approximately 179,000 industrial robots were sold – up almost 12 percent compared with 2012. Asia, with around 100,000 units, was the largest market, with China alone purchasing 37,000 units in 2013. That being said, companies in other regions also are increasingly using industrial robots in manufacturing.

A combination of rising wages and the need for new production capacity that can manufacture products to global standards is driving this demand. Not surprisingly, Google is targeting this booming Chinese market for industrial robots. Chinese contract electronics manufacturer, Foxconn, announced plans to cooperate with Google for industrial robots and is interested in acquiring 10,000 units.