How will cloud technology shape the engineering sector? 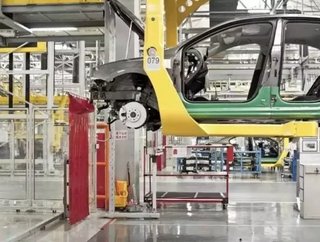 2016 was a year of firsts, as well as a year of innovation; virtual reality became one of the most popular products, self driving cars came one step clo...

2016 was a year of firsts, as well as a year of innovation; virtual reality became one of the most popular products, self driving cars came one step closer to being the norm on the road, and the cloud becomes one of the most used computing systems across the globe.

The cloud allows people from all around the world to share files, programs, and other useful resources to computers and other devices around the world. Companies such as Google and Apple implement it in the services that they deliver, but how will the cloud and its capabilities shape the engineering sector in the years to come?

Engineering in the present day

In the UK, the engineering sector is one of the largest and most productive. In 2016 alone, the entire sector generated more than 27 percent of GDP in the UK, which was equivalent to £445.6 billion. Obviously, there was a lot of scepticism in the middle of last year due to the result that the UK voted to leave the EU in the referendum, but there have been some upturns.

In the last quarter, Nissan stated that they were building the newest car models – the Qashqai and the X-Trail – in their factory in Sunderland, which put aside any questions regarding whether or not Nissan would remove operations altogether in the UK.

There are a lot of sceptics surrounding the engineering sector in the UK, from factory workers to industry leaders, but only time will tell. The future is also bright in the engineering sector with the advancements of robotics, which could lead to a massive surge in manufacturing, quality control, as well as being able to manage each step of the production line with ease.

What is cloud computing?

Cloud computing is a series of programs, data, and software that enables users to access it and share resources, information, and important programs with other users. It has been very popular with Apple, with their iCloud service, which enables Apple users to sign up and back up all their data on their iPhone, iPad, MacBook, and Mac, as well as being able to access the data from these devices.

As well as this, cloud computing provides a steady platform where you can support applications that can be used by multiple users. This means that, if you have a piece of software that needs to be used my multiple users, you can install the software onto the users’ phones, link to the cloud, and then the users will be able to provide information simultaneously; in a retail setting, this type of cloud-based application would be ideal.

Is cloud computing paving its way into engineering?

The short answer of this is yes; as new technologies are being introduced to the manufacturing line, the cloud is gradually becoming more involved. It’s even been said that by the year 2020, over 20 billion devices will be connected to the internet. Some people may be thinking how the cloud will make its mark in the engineering sector, but we feel it makes a fair few.

Cloud computing involves the use of supercomputers that have thousands of times the processing power of standard computers, meaning that any form of CAD/CAM can be completed more efficiently than ever before. As well as this, transferring the data across the assembly line will be instantaneous, as everyone will be able to have access to it all at once, as opposed to email trails and file transfers.

In addition to this, implementing cloud based technology will mean that businesses and companies around the world will be able to focus on their own growing and can easily and efficiently implement new strategies quicker. If it is an international company – for example, Nissan – communication between the UK factories and others around the world will be quicker, meaning that collaboration will be greatly supported on an industrial scale.

It’s difficult to say precisely how cloud computing will change the landscape of the engineering sector. As computers become faster and with smartphones becoming increasingly more popular than computers themselves, it’s only a matter of time before we start seeing cloud-based technologies evolving across engineering firms and being implemented across the industry.