Industry 4.0 has encourage CNC growth in the Motorsport industry 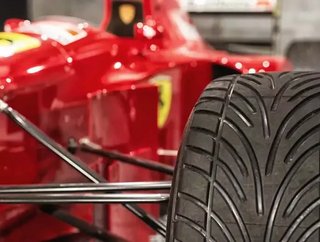 CNC machining is enjoying its fastest ever rise in use and popularity in order to meet modern manufacturing needs. Manufacturing Global finds out how th...

CNC machining is enjoying its fastest ever rise in use and popularity in order to meet modern manufacturing needs. Manufacturing Global finds out how the world of motorsport is contributing to this trend.

With the internet of things leading the indomitable march of Industry 4.0, it's no surprise that CNC (computer numerical control) machining is dominating the lathing, milling and grinding sectors of metalwork.

According to a new report by Grand View Research, Inc., the global CNC machines market is expected to reach $100.9bn by 2025, rising at a CAGR of 6.8% over the forecast period. The increase has been dictated by a growing need for reduced operating costs, increased efficiency and a dramatically slimmer likelihood of component errors.

More advanced lathing, milling, grinding, welding and laser machines are being implemented in metalworking facilities all over the world as technology continues to demand it. The integration of CNC machinery with CAM (computer-aided manufacturing) helps reduce manufacturing time as well as ensuring the production of flawless components, leading commercial businesses and large manufacturers alike to need more and more advanced versions of CNC hardware and software. Industrial CNC machines alone are anticipated to dominate the market until 2025 and reach a value of $25.17bn.

The popularity of CNC is, in fact, nothing new – it was introduced in the 1980s and has been drastically increasing productivity while lowering machining times ever since. The difficulties inherent in hand-milling or lathing a component and attempting to repeat the same piece over and over again swiftly – and thankfully – became a thing of the past when one could simply send a design to a machine across a computer network.

One sector CNC machining has had an incredible impact on is the automotive industry, with its need for hundreds of small, perfectly-formed parts, and the motorsport segment in particular has benefited from modern processes which can be utilised to build stronger, lighter structures.

“As with all areas of engineering – nuclear, medical, tool-making, aerospace, etc. – CNC machining has had a positive impact on motorsport,” says racing driver Charlie Martin. “In Formula 1, teams have entire machine shops dedicated to their own production, meaning they can now design and produce parts in very short timescales. At the lower end, a team might use a local jobbing shop to repair or manufacture parts made on CNC or non-CNC machinery.

“It's probably had its greatest impact in the manufacturing methods and materials that can now be employed due to CNC machinery being used – it means cars and components that would have been impossible to design and engineer 40 years ago can now be created.”

Jamie Dodd, owner of DRD Racing, agrees that CNC has revolutionised motorsport and has literally made design dreams come true. The main benefit is the ability to customise even the smallest parts to create a lighter, more efficient vehicle which is ultimately better to race with.

“Everything in motorsport comes down to power ratios in the cars, so anything you can make out of aluminium or titanium on a CNC machine will be preferable to a heavier metal,” Dodd says. “My customers will bring me parts off their cars and say 'I need to make this part lighter – what do you suggest?' 99% of what we do is CNC racing parts and it's geared around weight-saving and improving strength and safety.”

An additional benefit is that parts made using a CNC machine are not only cheaper in the long-term, but highly customisable. Dodd has found that once a customer has used a component of his team's creation, they will often then return asking for adjustments to create something even more efficient. “Without CNC and CAD/CAM, you wouldn't be able to do that,” he says. “It wasn't done 20 years ago, that's for sure.”

Martin, whose family runs Percy Martin – a business which sells pre-owned machine tools – has watched as machining has changed and adapted to modern needs. Newer processes like additive machining and 3D printing are becoming increasingly prevalent as we become more reliant upon computer processes, but there is a downside to this.

“One adverse effect from the growth of CNC is that a lot of hard-learned skills and knowledge are sadly being lost,” Martin admits. “Younger generations are taught more computer-based skills sets and more hands-on skills are being lost as older generations retire.”

This may be true, but it's unavoidable for one technical skill to be overtaken by another. CNC evolves so quickly that, according to Dodd, even machines bought as recently as five years ago may be unable to keep up with today's client demands. The latest machines need to be more complicated with increased movement, travel and articulation, and that, of course, leads to improved efficiency. “If someone rings me up with a problem that I can solve, I draw up the plans and within an hour or so, it's ready and available to test,” says Dodd.

Martin's family business has been particularly busy with CNC machine sales lately as the rest of Europe takes advantage of the weak sterling, and she is certain the sector will only grow from here. Second-hand machines are increasingly affordable to potential users who had previously seen CNC as too expensive a process for them, and businesses which were relatively unknown are enjoying the prestige that comes with working in motorsport. For example, Grand View Research Inc.'s survey showed that one of the key players in the developing CNC industry is Haas Automation – a company which Martin confirms was relatively unknown outside of engineering until it became a major F1 component manufacturer.

“DMG Mori, which sponsors the Porsche works teams, has also grown massively,” says Martin. “These types of ventures and partnerships will become more popular and appealing for big name teams to promote their technical status. Formula E is obviously the new growth area for manufacturers to flex their technological muscles, so I think you could see more associations being made with high-tech CNC machining here as much as anywhere else.”

As a popular passion for fans of all ages, motorsport has really boosted the visibility of CNC machining as the leading edge in flexible, adaptable component creation. This, alongside businesses like Percy Martin making second-hand machines accessible, will likely be at the forefront of helping the market fulfil its predicted boost, as well as adding an element of cool to parts manufacturing.