Intel to develop IoT solutions for the manufacturing sector 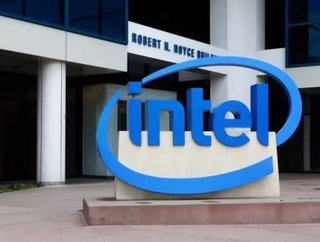 Microchip manufacturing giant Intel is entering the Internet of Things (IoT) market. The company is looking to develop technology and IoT solutions for...

Microchip manufacturing giant Intel is entering the Internet of Things (IoT) market. The company is looking to develop technology and IoT solutions for manufacturing, transportation, retail and smart homes and buildings and plans to integrate IoT technology into its microchips.

IoT technology is in high-demand in today’s Internet driven world, so Intel is wise to jump on board as early as possible. The company’s strategy will focus on manufacturing, transportation, retail, and smart homes and buildings, providing resolutions for related industries, service management, microchip networks, data centers and security management. It is also accelerating development of Quark microprocessors, as well as using ecological models to attract interested enterprises for cooperation.

Last year, Intel conducted structural adjustments to its IoT business, trying to integrate the company's software resources with its current IoT team, which has been in existence for many years. Intel has also changed its previous promotion channel for its core CPU (central processing unit) by introducing the new Quark processors and a new platform.

In contrast to Intel's strategy, quite a few other technology giants have chosen to access the field via the consumer market, focusing on individual consumer markets.

ARM focuses on applications related to the consumer end such as smart hardware, wearable devices, and smart homes, while tech giants such as Apple, Samsung, and even the emerging Xiaomi are eager to succeed in IoT operations via wearable technology and personal devices.

The IoT market is huge because currently about 85 percent of industries still have yet to link their equipment and operations with Internet. In the third quarter of 2014, Intel's IoT business revenues rose 14 percent from the same period a year earlier to US$530 billion, similar to the revenues of its software and service business.