iPhones: who really manufactures them? 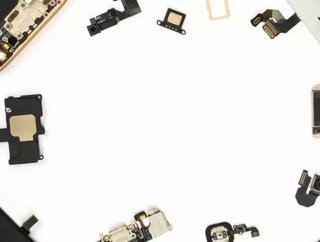 The iPhone 7 is expected to be unveiled later today. Customers have been speculating for weeks about the features this phone may include, focussing h...

The iPhone 7 is expected to be unveiled later today.

Customers have been speculating for weeks about the features this phone may include, focussing heavily on whether or not the device will include a headphone jack. Product development has been kept closely under wraps, and Apple utilises well over 200 manufacturers to create its devices.

It would be unrealistic to expect a multinational company to not have a wide-reaching global supply chain, and Apple’s is particularly expensive. So where are its most important components made?

The company refers to its products as being ‘made in China’ because China still produces most of its parts, but many of the biggest components are created on home soil in the US or in Taiwan. China has the flexibility and resources to deal with the demanding levels of manufacturing required by Apple. All of the design and software creation is done in-house, meaning Apple employs over 76,000 people in-house.

It is interesting that Apple chooses to use Samsung for a lot of its internal parts, since the two are fierce rivals. The release of the iPhone 7 comes at a time when Samsung faces difficulties; the news that the latest Note includes malfunctioning batteries is a blow for the company at a critical time.

Apple is one of the most successful companies in history and yet it manufacturers almost none of its own products, making its vast popularity and ability to charge high prices for cheap production even more impressive.