Looking to invest? Watch this space... 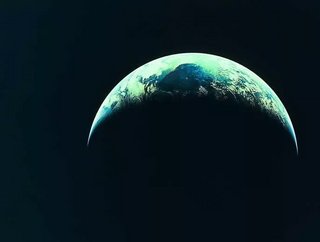 Space, as Captain Kirk famously described, is the final frontier, and that has held true for all but the wealthiest investors – until now. Technologi...

Space, as Captain Kirk famously described, is the final frontier, and that has held true for all but the wealthiest investors – until now.

Technological advances have made low-orbit satellites cheap to build and launch, democratising space by enabling private sector involvement in an industry whose high-orbit, fixed-geometry satellites were historically the preserve of government and academia. Welcome to Space 2.0: a brand new ecosystem, attracting an increasing amount of investment from US business.

“Investment is being driven by either private individuals or by venture capital-type funds accustomed to putting big cheques behind small businesses to drive rapid change in an industry,” says Daniel Domberger, co-lead of Media & Technology at Livingstone, an M&A and debt advisory firm that has participated in such deals within the space sector.

“The money coming in is not yet what we would call mainstream private equity. They will need more scaling, more established management teams, more tangible business cases.”

Space start-ups received about $2.83bn in funding in 2016 as 114 investors bought into 43 ventures across 49 deals, Bryce estimates. This aggregate figure was up from $2.43bn in 2015, while three acquisitions last year were worth $963mn in total.

Most money is coming from the United States, with Europe and Asia lagging. Major private equity investors include Bessemer Ventures, RRE Ventures and the Space Angel Network. These firms see profit potential in the new generation of low-cost satellites, which are primarily used for communications and observation; for example, satellite images could be used to monitor climate change on agricultural land, which is then used to make investment decisions. Other uses include city planning and mapping population growth.

SpaceWorks estimates that over 3,000 microsats will be launched between 2016 and 2022. Only 130 were launched in 2015. These microsats represent a real disruptive influence in the space industry. Rocket Lab – recently valued at $1bn – will be delivering to its customers a rocket (The Electron) that will carry ‘payloads of microsats’ into orbit. The cost of these microsats is coming down significantly, thus attracting even more interest from commercial partners.

Satellite data ignores borders, providing clear views of things that can be seen no other way. Taking multiple photos over time can show development trends, every half hour over months or years. Both the photo itself and then the changes that are shown over time are of massive value.

“What’s important is how directly you can commercialise this,” says Graham Carberry, a partner at Livingstone and an aerospace specialist. “The shorter the route to the money, the more money will flow. We’ve reached a tipping point where people are seeing direct commercial benefits to controlling the data.

“There will be a point when the data becomes sufficiently widespread that it's less valuable and then growth will taper out, but we're a million miles from that right now. The potential is still very, very significant.”

About 450 nano-satellite launches have been announced for 2017, of which roughly half are already in orbit. That compares with 471 launches in total from 2012-2016, according to nanostats.eu.

“There's a heap of opportunity for private capital that up until a few years ago wasn't really viable. Now that it is, we're seeing a lot of relatively early-mover capital. Space will see a lot more investment, because we're creating a whole new ecosystem,” says Carberry.

“Companies with a viable use for satellite data need someone to help them control, build or rent space on satellites and get that data back down, so we’re seeing growth in space services as a market as well, it's not just manufacturing services that relate to space.”

Early leaders in the sector are attracting some “racy” valuations, but Carberry downplays the danger that the influx of cash will lead to a bubble developing, with most private equity money still reluctant to invest. Also, supply and demand are creating one another, with low-orbit satellites creating new uses that were previously unviable – as such, it is similar to waves of investments in other technology-led industries. However, a shortage of launch sites is creating supply constraints.

“Whenever you create a new market, there is always a risk that it doesn't work out,” says Domberger. “The technology may not be appropriate for what it's being applied to. Or the market maybe be smaller than once thought. People may be less willing to pay for it than you think. A lot of these possibilities go into these business plans and investment cases. Some are over-enthusiastic and some are over-conservative.”

With scores of start-ups in the nascent and fragmented small satellite sector, consolidation is all but inevitable. “This market is developing so quickly and a lot of consolidation will be driven by the need to secure access to either componentry, or platform, or capability,” says Domberger.

“There are relatively few people who know how to do this stuff well and if you're one of the big aerospace and defense groups, and you can get your hands on the best teams doing the best work in the sector, then you can be in a very strong position to drive further consolidation and dominate the market.”

Space holds a unique fascination and it’s the likes of entrepreneurs Elon Musk, Richard Branson and Jeff Bezos who have captured the popular imagination with their daring schemes to offer commercial flights beyond our atmosphere. Such plans may seem to sceptics like little more than elaborate publicity stunts, but Livingstone believes these could prove to be highly profitable.

“It depends on what your investment timeline is. If you're an Elon Musk or a Jeff Bezos you can afford to be quite long in terms of your position around these things and make investments over time,” says Carberry.

Bezos is thought to have invested more than $1bn in Blue Origin, while Google and Fidelity invested $1bn in Musk’s SpaceX in 2015, according to Bryce.

“I wouldn’t bet against Musk,” Carberry explains. “He's transformed the automotive industry and it's not like it's his first rodeo; the guy knows what he's doing. Amazon is famous for selling stuff online, but Amazon Enterprise is an extremely large and lucrative business. And there's a reason these two individuals are heavily focused on space.”