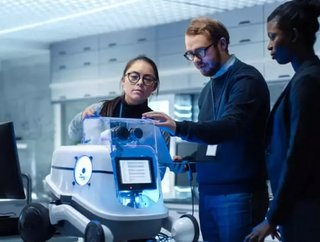 Researchers from the Massachusetts Institute of Technology’s Computer Science and Artificial Intelligence Laboratory (CSAIL) have been working on voic...

Researchers from the Massachusetts Institute of Technology’s Computer Science and Artificial Intelligence Laboratory (CSAIL) have been working on voice commands in robotics.

The department is developing context and episodic memory within voice recognition, aiming to utilise robot memory within industries.

The paper features the ComText system, which aims to allow robots to acknowledge an understand a larger scale of voice commands.

In order to do so, the robots must be able to gather contextual knowledge about objects and the environments surrounding them.

“Where humans understand the world as a collection of objects and people and abstract concepts, machines view it as pixels, point-clouds and 3D maps generated from sensors,” stated Rohan Paul, Robotic Scientist.

“This semantic gap means that, for robots to understand what we want them to do, they need a much richer representation of what we do and say.”

“The main contribution is this idea that robots should have different kinds of memory, just like people,” reported Andrei Barbu, a Research Scientist.

“We have the first mathematical formulation to address this issue, and we’re exploring how these two types of memory play and work off of each other.”