No more cables: Apple’s iPhone 7 could be solar powered 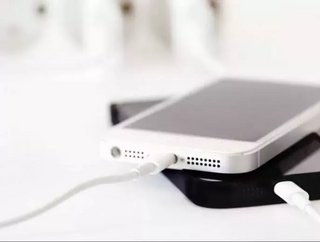 Apple could be planning to embed solar cells beneath its touchscreens, according to a new patent. The electronics behemoth was recently granted a patent...

Apple could be planning to embed solar cells beneath its touchscreens, according to a new patent. The electronics behemoth was recently granted a patent for solar panel technology hidden beneath touch-sensitive surfaces, like those used in a MacBook trackpad, iPhone, iPad or Apple Watch display.

According to the patent filing, the hidden solar panel would recharge the device throughout the day. Solar cells could also be used in Apple's range of desktop peripherals, including the battery-reliant wireless Magic Mouse, Magic Trackpad and keyboard, the patent reveals.

The technique is nothing new. After all, watchmakers have been using solar panels in watch faces to extend battery life for decades. However the prospect of not having to charge your iPhone is hugely appealing and could abolish the need for wires forever.

Apple explains in the US patent: "The wireless device has a touch sensor and a solar cell that converts ambient light into electrical power.

"Wireless communications circuitry transmits the touch input to the external equipment using the electrical power from the solar cell.

"Energy storage devices such as a capacitor and a battery can be charged using the electrical power.”

A solar power cell, nestled within the bezel, could be an elegant solution to the current one-day iPhone battery life. It could even mean no charging at all.