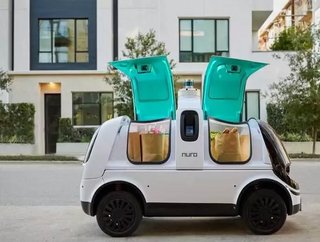 The rollout of Nuro’s R2 vehicle will take place in Houston, with plans for it to deliver items like pizza and groceries. It is around half the width of a regular car, has no steering wheel, wing mirrors or seating positions and boasts gull-wing cargo doors reminiscent of the time-traveling car in the ‘Back to the Future’ films.

Nuro, a privately held robotics company based in Mountain View, California, said it will begin public road testing to prepare deliveries in Houston in the coming weeks. Nuro called the regulatory approval by the National Highway Traffic Safety Administration “a milestone for the industry.”

The autonomous delivery startup raised $940mn in financing last year and is the first company to receive a driverless exemption from the federal government.

Americans “waste a lot of time running errands,” Nuro said, adding that it envisions “a future where everything comes to you, on-demand, for free”.

The agency’s approval of Nuro’s petition will allow the company to deploy the R2, a vehicle designed to have no human occupants and operate exclusively with an automated driving system, as part of a delivery service for restaurants, grocery stores and others. Walmart and Domino’s Pizza said last year they would launch pilot delivery projects with Nuro in Houston.

Why Ford’s automotive future is electric

Capgemini: 1 in 2 consumers are ready for driverless cars but barriers remain

The R2, which Nuro describes as an “electric-powered delivery robot,” is designed to make short trips and will be restricted to pre-mapped neighborhood streets. Nuro told NHTSA in its October 2018 petition that the R2 vehicles will at all times be monitored by remote human operators who can take over driving control if needed, reports Reuters.

Automakers must meet about 75 auto safety standards to win such regulatory approval, many of which were put in place with the assumption that a licensed human driver would be in control.

The approval followed three years of talks between the government and Nuro. US lawmakers have spent years trying to overhaul federal laws to speed deployment of self-driving vehicles.

Transportation Secretary Elaine Chao said in a statement that for Nuro “certain features that the department traditionally required - such as mirrors and windshield for vehicles carrying drivers - no longer make sense.”

The agency said it issued the approval with such exemptions, the first time it ever approved a petition to allow deployment of automated driving systems without meeting all existing US auto safety standards. NHTSA said as a condition of its approval it would require “greater oversight of the R2 than typical for an exempt vehicle” including “required outreach to the communities where the R2 will be deployed.”

Nuro said despite the approval, regulators “must modernise the existing regulations that never envisioned a vehicle without a driver or occupants.”

Because the R2 is classified as a low-speed neighborhood vehicle, it does not need to meet all safety requirements of traditional vehicles.

Nuro partnered with Michigan-based supplier Roush to build the R2 with 65% more compartment space than the prior version, new temperature controls to keep food fresh and a larger battery pack to enable all-day operation.