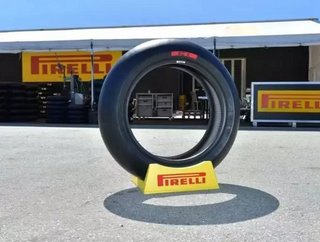 Italian tyre manufacturer Pirelli has struck a three-season deal to extend its long-standing partnership with the Superbike World Championship (WorldSBK...

Italian tyre manufacturer Pirelli has struck a three-season deal to extend its long-standing partnership with the Superbike World Championship (WorldSBK) into a 20thyear.

Pirelli has been confirmed by Dorna WorldSBK Organisation as the official tyre supplier for all classes of the MOTUL FIM Superbike World Championship up to and including the 2023 season.

Pirelli, has also announced that from 2020 all the all WorldSBK Championship classes will exclusivelyuseDiabloSuperbike slick tyres. This means that, starting from next season, the WorldSSP and WorldSSP300 classes and the new Yamaha R3 bLU cRU European Cup will also have the maximum technology and performance offered by the top product in the Pirelli range, that will replace the Diablo Supercorsa SC treaded tyres used in those classes.

Roberto Righi, Executive Vice President Commercial Replacement, Moto & Velofor Pirelli in EMEA commented: “Motorsport is historically an important part of our company's DNA and that between Pirelli and the FIM Superbike World Championship represents without no doubt one of the collaborations of greater longevity and success in the history of motorsport. This renewal offers continuity to our corporate strategy, which in recent years has allowed Pirelli to establish itself as an absolute reference in the segment of racing for supersport tyres and beyond.

“With this agreement, Pirelli also secures its confidence and trust of Dorna, organizer and promoter of the Championship, being sure that together we will be able to continue to offer and grow a world-class series that will meet the favours of riders, teams and of course motorcycle manufacturers which, like Pirelli, will continue to recognise in the Championship an excellent platform to develop and promote their products.”