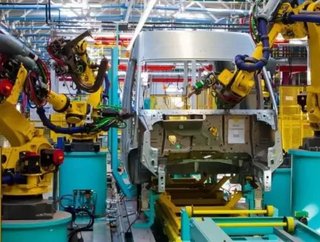 32 percent of UK manufacturers have stated that they have already invested in robotics, compared to just 18 percent globally, according to KPMG&#39;s 20...

32 percent of UK manufacturers have stated that they have already invested in robotics, compared to just 18 percent globally, according to KPMG's 2016 Global Manufacturing Outlook. This means the UK is leading the field in robotics development.

This increased focus on technological innovation comes at a time of fierce competition and rapid growth within the British manufacturing sector. 59 percent of the companies surveyed described their own growth strategy as 'aggressive', and three quarters reported that growth is a high priority for the next two years as competition intensifies.

Economic uncertainty has pushed UK manufacturers to focus on protecting current business and cost performance management in the last 12-14 months, with 78 percent rating these are extremely high priorities.

Stephen Cooper, Partner and Head of Manufacturing in the UK for KPMG, said: “UK manufacturers are showing clear progress towards embracing industry 4.0 developments and an integrated manufacturing strategy. They are evolving their operating models and investing in new digital and industrial ‘internet of things’ technology. Nearly a quarter of UK manufacturing CEOs we spoke to have invested in 3D printing and digital manufacturing technologies and more than a fifth say they have already invested in artificial intelligence and cognitive computing technologies.

“It is no wonder that UK manufacturers are concerned about economic disruption. Britain has faced strong economic headwinds over the past year and potential concerns over the outcome of the EU Referendum on 23 June could already be impacting both domestic and foreign investment as management teams take a ‘wait and see’ approach before making decisions.

“However, despite uncertainty on this front, fierce competitions are being fought over every scrap of market share available and maintaining the status quo will not drive growth. Manufacturers need to do something different in order to win market share in today’s environment, reflected in the higher proportion of British manufacturers investing more in R&D.”