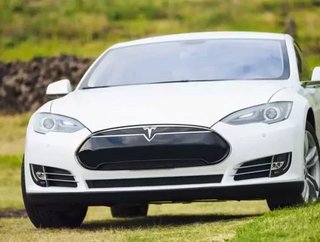 Tesla Motors announced today that is has signed an agreement with Panasonic to build a large battery manufacturing plant in the U.S. The factory will pr...

Tesla Motors announced today that is has signed an agreement with Panasonic to build a large battery manufacturing plant in the U.S.

The factory will produce batteries for Tesla’s electric vehicles, as well as modules designed for the stationary storage market. It is believed the new plant, dubbed the ‘Gigafactory’ will employ 6,500 people by 2020. The precise location of the plant is yet to be revealed.

“The plant represents a fundamental change in the way large scale battery production can be realized,” said J.B. Straubel, chief technical officer and co-founder of Tesla. “Not only does the Gigafactory enable capacity needed for the Model 3, but it sets the path for a dramatic reduction in the cost of energy storage across a broad range of applications.”

According to Tesla, the aim is to reduce the cost of manufacturing battery packs for vehicles to “to meet its goal of advancing mass market electric vehicles.”

Tesla said those cost reductions would be “driven by economies of scale previously unobtainable in battery cell and pack production.”

Panasonic executive vice president, Yoshihiko Yamada said that once the factory is in operation in would be able to “accelerate the expansion of the electric vehicle market.”

The partnership will see Tesla “prepare, provide and manage the land, buildings and utilities” as well as assemble the battery packs, while Panasonic will manufacture and supply the lithium-ion cells needed for the batteries and invest in machinery and tools.