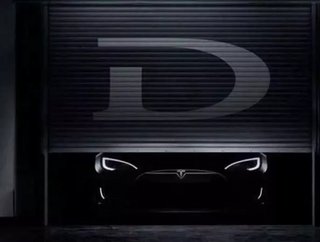 Tesla saw a peak in shares on Monday following rumors it will be announcing plans to create a self-driving car this week.The electric vehicle manufactur...

Tesla saw a peak in shares on Monday following rumors it will be announcing plans to create a self-driving car this week.

If the rumors are to be believed, Tesla will be announcing a new raft of high-tech features this week, including a system that will help its cars stay in lane, unassisted by the drivers. The move, if true, is a smart one, due to the fact that Tesla needs to remain ahead of the curve if it wants to continue to compete with the likes of Mercedes and Audi – both of which have also recently launched driverless features into their high-end model vehicles.

Similarly to Audi and Mercedes, Tesla CEO Elon Musk has spoken out in favor of a system which takes over functions of a vehicle during cruising mode, as opposed to features that handle the total driving functions at all times. Tesla is not looking to create a car like Google, but rather develop driver-assisted functions to improve driver experience and safety.

The question, however, will be whether Tesla has come far enough in adopting new technologies that could be precursors to a driverless car. Honda, for instance, just introduced a system that keeps the vehicle in its lane for the new CR-V, a mass-market crossover. Some luxury cars already have them.

Tesla sells only high-priced luxury cars, vehicles where drivers expect them to come loaded up with high-tech goodies. Tesla has sent invites for an Oct. 9 event. The invitation shows a garage door with a giant "D" on it and a Tesla Model S peeking through.