TREND REPORT: Engaging with augmented reality now and in the future 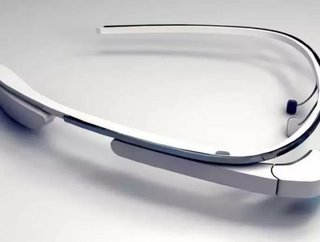 The concept of Augmented Reality (AR) has existed for many years now &ndash; and commentators have remained rigidly sceptical about whether it will trul...

The concept of Augmented Reality (AR) has existed for many years now – and commentators have remained rigidly sceptical about whether it will truly materialise in our everyday lives. However, exponential advances in the processing power of smartphones, and the ever-increasing use of location-based services based on GPS, have thrust AR back into the limelight in recent months.

Organisations are now looking seriously at how they can adopt AR – in terms of customer engagement, product/service delivery, and back office optimisation. Many believe that AR may in fact be the key to a better digital future: giving us more immersive ways to work, play, learn and collaborate.

Essentially, AR describes the way in which a device (such as a smartphone camera, wearables like Google Glasses, or a videogame motion sensor) uses an application to “see” the real world around us, and overlay augmented features onto that view. These augmented features are aimed at adding value to the user’s experience of their physical environment.

Therefore, one could be looking at Table Mountain through an AR application, and see facts about the species of plants, or the height of the mountain, or see what it would look like if illuminated at night-time, for instance. Alternatively, one could be standing in a department store, and see what an item of clothing would look like if you were wearing it (without actually putting it on).

These may be simplistic examples just to whet the appetite, however, possibilities of AR are quite literally limitless.

In the next three to five years we expect to see AR becoming a mainstream technology concept – blending the physical world and the digital realm in fascinating new ways. We predict there will be three primary areas in which we will initially engage with AR:

The way we consume information

Imagine going to a library or museum and being able to have a “conversation” with key people throughout history, or instantly transform the world around to you resemble a bygone era.

The fields of product development, marketing and customer engagement

Overlaying new digital services into retail environments opens up a host of new possibilities for organisations to tailor products to their consumers.

Back office/operational functions within the organisation

Companies are already finding ways to use AR in their supply chain, logistics and warehousing environments. Find out, for example, if a particular unit is missing from a shelf, for instance.

However, before reaching this utopian world of enhanced reality, a number of big challenges need to be solved. Already there is a proliferation of different AR applications (apps), different development platforms and Operating Systems (OS), and even many different physical devices.

Will the future of AR be seen through high-tech wearable lenses, or through the ubiquitous smartphone, or some form of projection system, or indeed something entirely new? Most likely, different forms of AR will develop for these various form factors.

It’s also worth considering that, until now, we have regarded AR as a primarily ‘visual’ concept. In time, this will likely broaden to encompass audio and even tap into other senses.

For organisations, gaining early-mover advantage will mean finding ways to leverage the various forms of AR to achieve goals such as:

Companies making the most of AR will find new ways to visualise problems and their solutions. They will find smart ways to connect AR applications with colliding technology domains like the Internet of Things (I0T), and Big Data.

AR opens the doors to so many exciting possibilities and may, over time, have a massive influence on the way organisations position themselves. As the field continues to gather momentum, the early entrants will be in a unique position to help sculpt the future reality in which we will live and work.