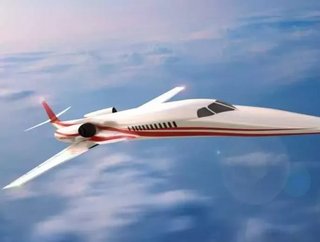 Airbus and Aerion have announced a joint partnership to develop a new multimillion-dollar supersonic business jet.The jet, known as the Aerion AS2, coul...

Airbus and Aerion have announced a joint partnership to develop a new multimillion-dollar supersonic business jet.

The jet, known as the Aerion AS2, could trim three hours off the current commercial jet flight time between Paris and Washington D.C., two hours and 48 minutes off the flight between New York and Sao Paulo, and two and a half hours off time between Tokyo and Singapore.

The two companies will collaborate on the jet’s development and exchange capabilities regarding design, manufacturing and certification. The aircraft’s engine partner is yet to be announced.

According to Airbus, both companies want to be the first in the industry to develop a supersonic business jet - that being said, there is nothing in the pipeline for a supersonic commercial aircraft at this point in time.

“This is a major step forward for Aerion,” said Aerion chairman and principal investor, Robert M. Bass in a statement. “It puts us solidly on track toward our objective of certifying the world's first supersonic business jet in 2021.”

“This agreement accomplishes two major objectives,” said Aerion CEO Doug Nichols. “It provides validation from the industry leader in aerospace innovation, and it decisively kicks the program into high gear. Each company will benefit.”

Aerion was founded in 2002 with the intention of commercializing supersonic aviation technology. Using its proprietary supersonic laminar flow technology, Aerion says the AS2 will fly at Mach 1.6 or 1,217 mph.

Aerion says the AS2's newly designed wings reduce overall drag by 20 percent, allowing for lower fuel consumption and longer range. Its 30-foot-long cabin is forecast to seat up to 12 passengers in business-style comfort. All seats can be berthed to sleep four on overnight flights.

The projected price of the AS2 is more than $100 million. Aerion hopes to begin test flights by 2019.