Why should European industry embrace the rise of IoT? 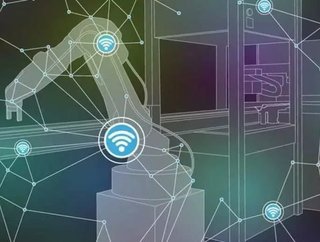 Global expenditure on the deployment of solutions dedicated to the Internet of Things (IoT) is expected to reach $737 billion (more than 700 billion eur...

Global expenditure on the deployment of solutions dedicated to the Internet of Things (IoT) is expected to reach $737 billion (more than 700 billion euros) in 2016, according to estimates from the IDC. Industry is expected to be the largest consumer of connected devices in production systems ($102.5 billion), followed by management of production assets and then ground maintenance/intervention. Unsurprisingly, the bulk of this investment is concentrated in Asia, whereas Western Europe is more committed to IoT devices for the general public. However, it is very much in the interest of European businesses to factor the rise of IoT into their production machinery, for the sake of modernisation and competitiveness, as industry remains an unparalleled driver of growth.

While manufacturers recognise that they need to invest in IoT projects to withstand the current pressure in terms of efficiency, growing competitiveness and the imperative to be flexible, they are still lagging far behind some sectors, especially logistics, in making the first experimental steps. In fact, 48 percent of businesses that specialise in logistics and production say they have interconnected their various sites and factories, compared to just 13 percent of manufacturing businesses. Logistics businesses have also implemented and completed more IoT projects than their counterparts in production (according to a study by PAC.)

Although it is difficult to have a single approach in the sector, as businesses and their production assets are all different, production line managers do all share the same concerns: competition is rising, costs are being closely monitored, compliance and legislation are imposing heavy burdens, the prices of raw materials are sky-rocketing, and so on. Meanwhile the market, driven by consumer behaviour, demands ever greater efficiency and responsiveness.

Today's consumers want products and services to be tailored to their specific tastes and needs (for example, the DS3 which is available in several thousand different possible configurations), which makes large-scale production ineffective and inefficient, and changes manufacturing business models from “we sell what we make” to “we make what we sell”. However, allowing hundreds of thousands of different production configurations and characteristics to be combined to make bespoke products introduces a high degree of complexity which demands powerful and reliable systems to correctly and efficiently handle these enormous flows of data.

Businesses are moving away from business models based on actually holding products, in favour of more “pay-per-use” contracts. Manufacturing businesses are increasingly going to sell outcomes and services rather than products: for example, not selling cars, but selling mobility instead. Customers will only pay for a service for as long as they need it, which means the costs of warehousing and maintenance are passed to manufacturers.

The IoT links manufacturers to their suppliers, customers and employees, but also to their machinery and materials, all the way down the production chain, which allows businesses to oversee their operations in real-time. The IoT helps manufacturers to improve and broaden the variety of services they can provide, by allowing them to respond rapidly to demand or difficulties as they arise, safeguarding lasting customer satisfaction.

Businesses adopting the IoT will be in a position to benefit from the prevalent trends in the transformation of services and consumer needs. Furthermore, powerful IoT platforms offer the infrastructure needed to handle and incorporate vast flows of data, and to reduce the complexity of operational processes, leading to product customisation etc. To cut a long story short, the business model of manufacturing businesses will be improved and more resilient thanks to enhanced productivity coupled with simultaneous cost reduction. For example, costs will be reduced by predictive maintenance and shorter shutdown periods affecting production.

Businesses should see the IoT as an essential tool that will allow them to benefit from data-driven decision-making and enhanced productivity which they will require to survive in an ultra-competitive environment and to conquer the much longer-term challenges that Industry 4.0 presents for their business models.