The advancement of women in engineering 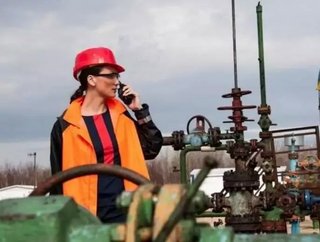 Engineering is a sector which is often considered to male-dominated, with some of the most prominent industry leaders being male. However, as the indust...

Engineering is a sector which is often considered to male-dominated, with some of the most prominent industry leaders being male. However, as the industry evolves, and with subsequent societal shifts, there has been a real surge for women in engineering – particularly when it comes to female inventors.

While the national average of female engineers is at around 22 percent of the overall total – a figure which we at Airedale Springs are proud to exceed – it is worth analysing why there is considerably less, and why there has been a relative surge towards the advancement and progression of female engineers in recent years.

How did females feel in the past?

Engineering, currently, is considered a very male-dominated industry, with more than three out of every four engineers actually being male; but, why is this? In the past, some women felt that they wouldn’t be 'welcome' if they were to take up an engineering subject, internship, or apprenticeship, with some of them stating that they feel out of place in mathematical disciplines, such as Maths, Physics, and Chemistry.

It is clear that more must be done to encourage a greater number of women to join the engineering industry. There are undoubtedly some truly brilliant minds that aren’t being utilised to their potential, and while this is awful for the individual, as well as the recognition of the gender’s contribution to the sector, it is also unfortunate for the development and advancement of the industry - not to mention the potential loss of inventions, and subsequent advancements and streamlining of processes.

Most important engineering contributions from women

While a male-dominated industry, there have been a number of women that have made their mark in the sector. One such example is Hedy Lamarr, who was originally a movie star in the 1930s and 40s. However, there was far more to it than just that: Lamarr invented a remote-controlled communications system for the US military in the Second World War. She also developed the frequency hopping theory, which serves as the fundamental thought behind modern communication technologies, such as Wi-Fi networks and Bluetooth.

Another important woman that lead the way in engineering was Emily Roebling, who was the first woman field engineer and technical leader of the construction on the Brooklyn Bridge. This occurred when her husband, Washington Roebling, became paralysed and was unable to work. This meant that she was responsible for the project management of the construction, as well as day to day supervision; a plaque remains in the memory of her at the Brooklyn Bridge.

Controversy in the modern age

It goes without saying that women are more than capable of tackling anything men can do, as history and the present day continues to highlight. While contemporary societies, such as WES, serve to progress female contributions to engineering, 2017 saw a controversial toy released from one of the world’s most iconic toy manufacturers. A new Barbie doll, commonly known as Engineering Barbie, has caused a stir among experts and consumers alike, drawing attention to the fact that it only allows this Barbie to build washing machines and clothing racks, subsequently reinforcing gender stereotypes.

When it comes to encouraging the younger female generation to opt for the engineering sector, this is clearly a misjudged attempt. It’s imperative to teach all potential engineers, regardless of gender, that they are capable of anything, from small gadgets to the largest of infrastructures. For young adults, apprenticeships or gaining knowledge and understanding through academia and University are great ways of providing great access for women to join this ever-growing sector. As such, it will be great to see more budding female engineers dominating the industry.