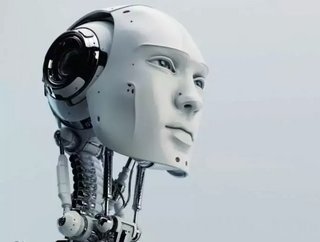 In June, Foxconn announced that it would be deploying robots called Foxbots to help assemble the iPhone 6 and iPhone 6 Plus. The robots were rolled out...

In June, Foxconn announced that it would be deploying robots called Foxbots to help assemble the iPhone 6 and iPhone 6 Plus. The robots were rolled out with the view to reduce down time, increase efficiency, speed up the production process and minimise error, however recent reports suggest that the Foxbots have failed to meet CEO Terry Guo’s expectations.

The first generation of Foxbots have apparently fallen short of the mark when it comes to efficiency and flexibility, prompting manufacturing giant Foxconn to start looking towards a second generation fleet sooner than expected.

With record breaking demand for the iPhone 6 and iPhone 6 Plus already putting pressure on the company, the set back caused by underperforming robots has led some critics to question if the iPhone 6 could be delayed.

Apple has managed to sell in excess of 10 million iPhone 6 units already – a million more than last year – and shipping is expected in approximately three to four week. Foxconn has its work cut out.

Read more: [VIDEO] What's inside the iPhone 6 and iPhone 6 Plus?

However, it is not as though robots are a new concept for the global manufacturing company. Foxconn has been making noise about replacing its human workforce with robots since 2010 and began testing iPhone building Foxbots in December 2012.

Earlier this year, Gou told shareholders that the company was set to start deploying 10,000 Foxbots to begin iPhone production. He indicated that the robots would be used for jobs such as polishing, tightening screws and positioning larger exterior components in place, since these tasks did not require a high degree of skill.

The reports don’t go into detail about the perceived lack of efficiency, however Foxconn did hire an additional 20,000 human workers in August at its Shanxi factory to try and meet overwhelming iPhone 6 orders.

The Foxbot mark two is currently in the making.