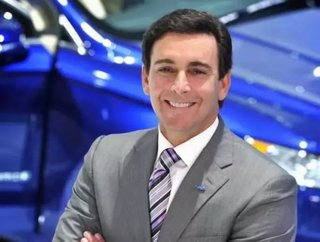 According to Ford CEO Mark Fields the multinational automaker has the ability and expertise to build a full-size, high-tech, long-range electric vehicle...

According to Ford CEO Mark Fields the multinational automaker has the ability and expertise to build a full-size, high-tech, long-range electric vehicle, similar to the Tesla Model S. Production of such a vehicle has not been confirmed by Fields, however he did say it was consistent with Ford’s product philosophy.

Currently, the only all-electric vehicle Ford has on offer is a small Focus electric, although it also sells plug-in hybrids.

Though Ford has no plans to copy the Tesla Model S, a larger vehicle of some kind with better performance and greater range than the Focus electric, would “fit” the automaker's lineup, said Fields. He added that Ford has the engineering and manufacturing ability to make such a model, with the speed and range to compete with Tesla’s Model S.

According to reports, Ford recently purchased a Model S. Fields explains, “We drove it. We took it apart. We put it back together and we drove it again.”

Tesla opened its patents in June in order to hurry the development of high-performance electric vehicles by other automakers. The company said this week that it believes that automakers and the world would benefit from a “common, rapidly-evolving technology platform.”

Tesla would also benefit financially, since it's planned gigafactory would be a main source for the high-capacity battery packs required by such vehicles.

Ford had pre-tax profit of $1.2 billion during the most recent quarter and net income of $835 million, which are both down from 2013 on higher costs and lower sales volumes.