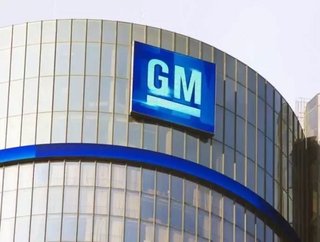 General Motors has announced that Cathy Clegg will take over as vice president of North America manufacturing. The automaker is redirecting its focus to...

General Motors has announced that Cathy Clegg will take over as vice president of North America manufacturing.  The automaker is redirecting its focus to improving the production launches of new vehicles after suffering a record number of recalls.

Clegg replaces Gerald Johnson, who held the job for less than a year and has moved to vice president of operations excellence.  CEO Mary Barra has been strategically putting her management team in place in efforts to improve quality and respond to safety defects in vehicles already on the road.

This year alone, GM has recalled more than 20 million vehicles, including six million for problems with ignitions or ignition keys.  Within that group are 2.6 million small vehicles with a defective ignition switch that has been tied to 13 deaths and more than 50 crashes.  Barra has fired 15 executives connected to the company’s failure to recognize the ignition switch problem and the inexplicably delayed recall.

Clegg will be responsible for overseeing 55 locations with more than 74,000 employees who stamp body panels, make components and powertrains and assemble vehicles in the United States, Canada and Mexico.  She has worked for GM for 31 years and was most recently vice president of global manufacturing engineering, with responsibility for automotive body, press, assembly, controls, paint, powertrain and global program management.

Serving as head of labor relations in 2011, Clegg led GM’s negotiations with the UAW.  Her experience should prove helpful as the automaker prepares to negotiate a new union contract for 2015.

“Cathy’s proven track record in key labor and manufacturing roles and her passion for innovation will be an asset to GM and her team,” said Jim DeLuca, executive vice president, GM Global Manufacturing. “Her demonstrated commitment to employees and our customers will help ensure our continued focus on safety and quality.”

Kurt Wiese will fill Clegg’s vacancy in global manufacturing engineering.  Wiese has 36 years of experience in manufacturing and is currently executive director in global product development.

“From the plant floor to global enterprise operations, Kurt brings valuable perspective to support our production teams around the world,” DeLuca said.