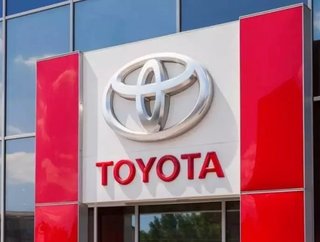 Toyota is famed for its lean best practice and operational excellence, however the companys forward thinking approach to employee development has also g...

Toyota is famed for its lean best practice and operational excellence, however the company’s forward thinking approach to employee development has also given it the edge in the world of automotive manufacturing.

The company has invested in approximately 500 skilled employees, who are given the tools and time to master one technique to perfection. These highly knowledgeable employees are known as takumi and help mentor other employees, develop techniques and lately, train robots.

Toshitami Nagase, deputy head of the painting workshop at Toyota’s Takaoka factory says, “We can send them anywhere in the world to train others, improve, fix problems.”

The takumis and their extreme specialization are essential to the success of Toyota, which became the world's largest car manufacturer three years ago. Between January and June 2014, the company sold 5.1 million vehicles globally. Sales rose 2 percent in the second quarter over the same period the previous year, to $62 billion. The manufacturer had never sold so many cars in a single quarter.

An ageing workforce sparked Toyota to think outside the box

Toyota has grand plans to sell more than 10 million cars in 2014 – no mean feat and an industry first if achieved – and its takumis are central to this goal. That being said, the company’s expert wealth is being depleted, which is forcing the company to think about its future development.

“Most takumis are nearing retirement age,” says senior technical executive Mitsuru Kawai. “We realized how important it was to pass on their knowledge.”

First, the firm spots the best young workers in training. The selected ones then follow a three-year course, which includes one year in one of the company's Global Production Centers, before going to several factories to develop a form of companionship.

The company’s employment strategy is firmly rooted to its core values, otherwise known as the ‘Toyota way’ and the promotion of new takumis is supposed to keep Toyota know-how alive, a principle that is not unlike monozukuri — literally ‘to make things’ — itself deeply rooted in Japan's industrial culture.

Understanding the challenges it would face as a company without skilled laborers with years of experience within it ranks, the company decided to think outside the box about ways this knowledge could be passed on. Both humans and the robots have always been integral in car manufacturing, so Toyota decided to combine the benefits by having its takumis train new robots to do the tasks they specialized in.

“Don't believe that robots do better quality work than humans,” explains Shinichi Kato, who is in charge of the painting workshop at the Takaoka factory. “Sure, a robot can repeat a task at a high-level. But somebody needs to teach it how to do it.” And only someone who is an expert in his field can do that.

On the painting line, an endless flow of cars passes, and robots paint them. Sometimes, a human — a worker must be able to replace a machine that is stopped — takes over. That's when the similarity of the movements is striking. The robots at Takaoka are not jerky but instead are a perfect copy of the smooth workers' gestures. "Improvement after improvement, we've managed to optimize the robots' procedures and the quantity of paint we use," Kato says. Humans then control the work with a naked eye.

Improvements in the installation of car door seals allowed the company to save 39 cents in production costs per vehicle. Put together, these efforts have led to spectacular results. Since 2008, Toyota has reduced its costs by $14.4 billion.