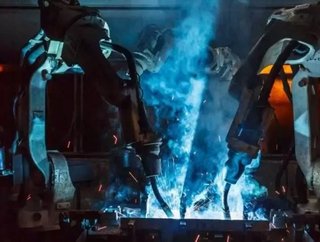 Research shows that young people are increasingly concerned about the future of their careers in the face of automation. In a study by Infosys, 1,000 y...

Research shows that young people are increasingly concerned about the future of their careers in the face of automation.

In a study by Infosys, 1,000 young people aged between 16 and 25 were interviewed per country in Australia, Brazil, China, France, Germany, India, South Africa, the UK, and the US. 40 percent expected that their current job could be replaced by advanced technology during the next decade.

The majority of people asked agreed that, in the face of these evolving technologies, the development of ‘soft’ skills (i.e. personal characteristics or talents) is important for future prospects. Around 80 percent of respondents across all markets also agreed that continuous development of skills is essential for success.

Four out of five young workers in India and Brazil stated that they felt confident in their technical ability, a sentiment shared by others who were surveyed in both developed and developing countries. In the UK, 77 percent of respondents felt their education did not prepare them for the demands of the real world, and 70 percent stated that job prospects were worse for young people now than for previous generations. Initiatives are slowly coming into play to counteract this issue, such as the robotics curriculum which will soon be available to British students.

Dr Vishal Sikka, CEO of Infosys, told The Engineer: “Young people around the world can see that new technologies will enable them to reimagine the possibilities of human creativity, innovation, and productivity. To empower these young people to thrive in this great digital transformation, our education systems must bring more focus to lifelong learning, experimentation, and exploration – in addition to bringing computer science and technology more fundamentally into the curriculum.”