Made in India: Samsung and Sony the latest tech giants to support the campaign 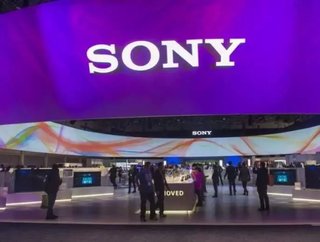 According to reports Samsung and Sony will be opening manufacturing bases in India as a part of the Make in India initiative. Samsung is currently in ta...

According to reports Samsung and Sony will be opening manufacturing bases in India as a part of the Make in India initiative. Samsung is currently in talks with the UP Government and will reportedly invest as much as $500 million to $1 billion in the manufacturing unit that will produce smartphones and tablets for the company. It is thought that Tamil Nadu and Gujarat are the other states the company considered for the plant. Samsung currently has two factories, in Noida and in Tamil Nadu, where it claims to manufacture 90 percent of the gadgets it sells in India.

In January, Samsung had revealed that it had invested Rs 517 crore towards the expansion of its mobile phone plant in Noida, Uttar Pradesh, under the UP Mega Policy. The company said it had also invested in a modern training facility spread over 35,000 sq. ft. within its manufacturing premises, to focus on capability building and skill enhancement of its employees.

Sony is another tech giant in support of Indian Prime Minister Modi’s Made in India campaign. Kenichiro Hibi, the head of Sony’s India operations, said at the Mobile World Congress in Barcelona that the company was planning to launch an Indian manufacturing unit ‘very soon’. He mentioned that while final decisions have not been made yet, the company would look to manufacture both flat-panel televisions and smartphones in the country. For this, Kazuo Hirai, the president at Sony Corp, is likely to visit the region, although there is no mention of which state the company is likely to setup its plant in.

The Indian government has been encouraging domestic companies to start manufacturing electronics goods within the country instead of importing them and had approved National Policy on Electronics. National Manufacturing Competitiveness Council (NMCC) had also proposed the creation of a $1 billion fund to encourage telecom equipment manufacturing in India.