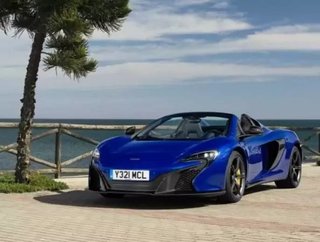 McLaren Automotive is powering ahead with its aim of becoming the worlds most exciting and technologically advanced producer of high performance cars wi...

McLaren Automotive is powering ahead with its aim of becoming the world’s most exciting and technologically advanced producer of high performance cars with two positive announcements.

The company, which started car production three years ago, has made its first operating and pre-tax profit in 2013.

And it has also announced that its all-new sport scar, codenamed the P13, will be available for the end of 2015 taking its range into a lower price-point making McLaren more accessible to its legions of fans.

It expects turnover and profit to grow in 2014 and is investing £70.6m in its future models including a limited run of track only McLaren P1 hypercar which it confirmed for introduction next year.

The P13 is being billed as a “comfortable, usable and beautiful mid-engined two seater sportscar” and once fully on sale McLaren Automotive’s total annual production will increase to about 4,000 units a year.

International sales of its McLaren 500S are strong with some 1,000 orders received to date.

“The latest financial results and returning a profit so early in the lift of the company are a real credit to the tremendous team with McLaren Automotive, and reflects their hard efforts.”

McLaren Automotive’s Chief Executive Mike Flewitt, said: “We are now focusing upon the road ahead.

“The McLaren 650s is already selling extremely well with over 1,000 orders received and P13 is a very exciting project, which will help us to access new markets and customers, grow our sales volumes and ultimately increase both revenue and profitability.

“I am confident that by maintaining our commitment to innovation and excellence McLaren Automotive has an extremely bright future.”