Round up of the EEF Future Manufacturing Awards 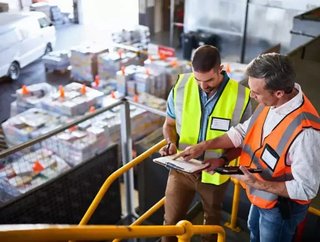 The EEF Future Manufacturing Awards were held in London last week, inviting manufacturers and apprentices from across the UK. The most coveted award of...

The EEF Future Manufacturing Awards were held in London last week, inviting manufacturers and apprentices from across the UK.

The most coveted award of the evening was the Winner of Winners award, with was titled to Weir Minerals Europe, as the most outstanding firm amongst the winners.

The firm, based in Todmorden, prior to its ultimate award won the Health and Safety award for its improvements within its workplace – where it manufacturers wear resistant products.

“Health and safety has to be ingrained into a company’s culture so strategies that improve standards and are aligned with our business objectives are of paramount importance,” stated Daniel Carr, Regional SHEQ Manager at Weir Minerals Europe.

“This award is an endorsement of the collaborative efforts of every person in our organisation – we’re delighted to have won.”

The Outstanding Apprentice of the Year category was awarded to Jessica Stone, apprentice at Airbus.

The winner had previously made her way through regional heats to successfully have a place in the final.

“This is a massive honour – I can’t believe I’ve won. It’s such a wonderful way to crown what has been a fantastic first year of my apprenticeship,” commented Jessica Stone.

“I’ve developed so much and winning this, tops it all off.”

“I know that many other young people might be wondering if they should do an apprenticeship – all I can say is take the plunge and you won’t regret it!”