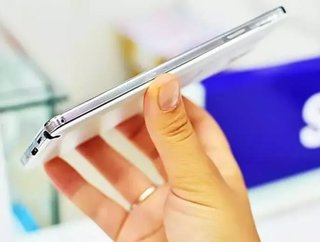 South Korean manufacturing giant Samsung Electronics is set to become Vietnam’s largest foreign employer by July 2015. Recent reports state that by July the appliance and electronics giant will have expanded its current workforce from 85,000 to 100,000. Taking account of attrition and retirement, this will involve the recruitment of 60,000 new employees from the local Vietnamese workforce.

As well as encouraging Vietnam to develop its infrastructure and workforce to meet growing demands in the high-tech sector, this latest initiative by Samsung highlights key areas of concern for investors looking to take advantage of this promising Southeast Asian manufacturing centre.

Samsung’s new recruitment program reflects broader trends in Vietnam’s labour market. Demand in the manufacturing sector rose sharply last year – orders from this sector accounted for 27 percent of the total during the final quarter of 2014, representing a significant jump from 17 percent in Q2 2014 and Q3 2014.

Samsung began its Vietnamese operations in April 2009, when it built a manufacturing plant in Bac Ninh, east of Hanoi. The company has since built a number of facilities around the country, including a factory in Thai Nguyen. Samsung now plans to construct another plant at this location as well as further upgrading production and facilities at all its locations. In its fifth annual FAST500 report, the Vietnam Report Joint Stock Company, in collaboration with VietnamNet Online, ranked Samsung Electronics as the fastest growing firm in Vietnam.

Though Samsung constitutes Vietnam’s largest foreign direct investor (FDI) – recently increasing this by around 40 percent to US$ 12 billion – and will soon become Vietnam’s largest foreign employer it is not the only high-tech company operating in Vietnam.  Companies such as Intel, LG, Nokia and Foxconn also have a significant presence in Vietnam.

Vietnam’s low labour costs have transformed the country into a key Asian electronics manufacturing hub luring production away from China.

Samsung is also headhunting medium and high-ranking personnel including engineers and recent graduates for executive-track placement with the first 2,500 of these new recruits expected to have joined by the end of March.